I never said Abu Jinapor is incompetent; Onua FM must apologise or else... – Says JOY 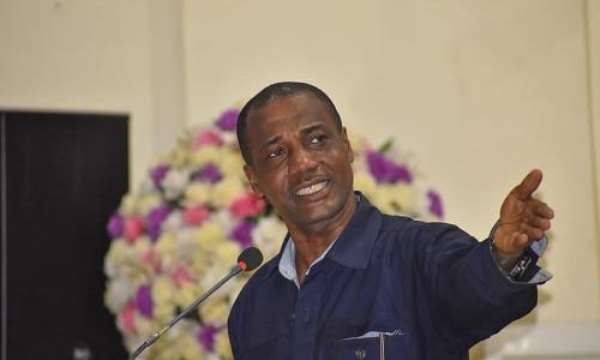 The Vice Presidential Candidate in the 2020 Elections Jacob Osei Yeboah (JOY) says he never described the Minister for Lands and Natural Resources, Samuel Abu Jinapor as an incompetent person when it comes to the fight against illegal mining popularly known as Galamsey.

According to him, a report by Onua FM claiming that he had slammed Hon. Jinapor is misleading and false.

In a disclaimer issued by his Communications Directorate, he noted that the “publication is disinformation coming from Onua FM.”

The disclaimer indicated that “Despite the fact that the communication directorate had drawn the media house’s attention of this error. Mr. Osei Yeboah never described Mr. Abu Jinapor as an incompetent minister, as his noble character and family values will not allow him to say that in the very early days of renewed efforts by the minister, Hon. Abu Jinapor.”

“Listening to the tape, JOY said due to the first term poor performance of the said sector that is why the President. H.E. Nana Addo had decided to bring Abu Jinapor as his eyes and ears to fix the mess,” it said.

“We are very disappointed in 3news.com. As a branch of the Media General Group, we were expecting a high level of professionalism and retraction when we drew their attention. To pick his words and twist for your news portal and selfish interest is unacceptable, especially in a sector where JOY has enormous expertise,” the disclaimer added.

“This publication has dearly affected JOY with calls from industry players. The first time his attention was drawn to it, we told Onua FM to retract it, only for the communication team to see the story on other media platforms.”

“We are by this statement telling the management of Media General to retract the said story otherwise we will not allow JOY to comment or participate on any program on Onua FM,” it noted.