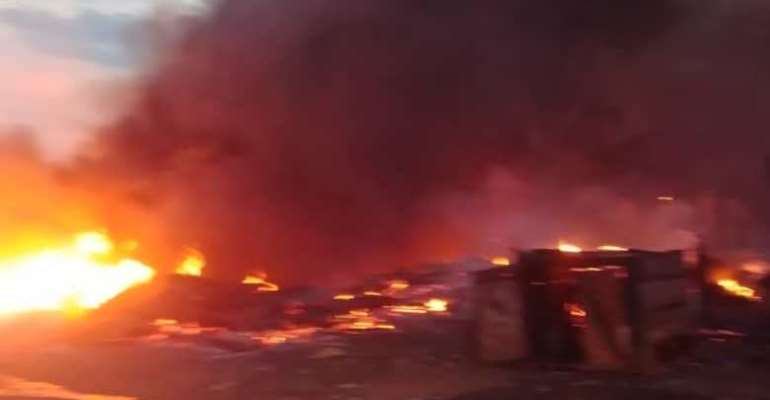 The charred body of a 76-year-old woman was retrieved by the Ghana National Fire Service (GNFS) after they doused a fire at the Zion Prayer Ministry at Komenda.

DOIII Jacob Krakue of the Komenda District Fire Command, who confirmed the incident to the Ghana News Agency, said the Service received a call reporting the fire incident on the premises of the Zion Prayer Ministry at about 0800 hours.

He said the firefighters got to the scene and immediately prevented the fire from spreading to other rooms, especially a nearby room where foam mattresses were stored.

DOIII Krakue said they were informed that one person was trapped in the fire, which made the personnel force their way into the burning room.

They retrieved the charred body of the woman, which was later conveyed to the Cape Coast Teaching Hospital Morgue.

Some eyewitnesses said they heard a loud cry for help and rushed to the scene only to realize the place was on fire but all efforts to save the woman proved futile.

DOIII Abdul Wasiu Hudu, the Central Regional Public Relations Officer of the GNFS, expressed regret that most people failed to call the Fire Service immediately they discovered the fire.

He said the people tried to deal with the fire themselves and only resorted to calling the Fire Service when things got out of control.

Ghana must not be caught pants down in future, let's find av...
59 minutes ago