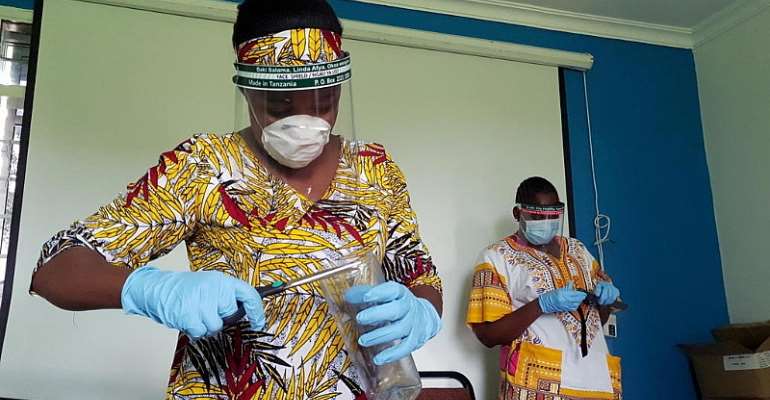 Tanzania has announced new measures to control the spread of the coronavirus in a departure from the approach taken by its late leader John Magufuli, who downplayed the pandemic.

Travellers entering Tanzania must show proof of a negative coronavirus test taken in the prior 72 hours to arrival, the health ministry said late Monday, citing concern about new variants of the disease.

Those arriving from countries with a high number of coronavirus infections will also need to pay for an additional rapid test, though it was not specified how this criteria would be determined.

On Wednesday, Tanzania's ministry of health has banned all flights to and from India, due to the current surge in coronavirus cases and deaths in India.

In a statement, the country's health permanent secretary Prof. Abel N. Makubi said, "All flights to and from India are banned in Tanzania. This ban will be effective until further notice."

In addition, those who have visited a country with "new Covid-19 variants" in the previous two weeks will be required to undergo mandatory 14-day quarantine at their own expense.

Citizens can isolate at home, while foreigners will need to choose a government facility.

"Based on the global epidemiological situation and emergence of new variants of viruses that cause Covid-19, there is an increased risk of their importation into our country," Tanzania's chief medical officer Abel Makubi said in the statement.

The restrictions come nearly two months after Samia Suluhu Hassan became president following the death of Magufuli, who spent the better part of the pandemic playing down the virus, shunning masks and citing prayer for warding off disease.

The government said Magufuli, nicknamed the "Bulldozer" for his uncompromising leadership style, died of a heart condition in late March after a mysterious three-week absence -- but his political opponents insisted he had coronavirus.

The new president signalled a departure from her predecessor's position in April, saying it was "not proper" to ignore the disease and ordering a science-based approach to Tanzania's Covid-19 policy.

Tanzania has not reported any Covid-19 data since April 2020. Its last record showed 509 infections and 16 fatalities.

Barely two months after reporting its first case of the coronavirus, Tanzania lifted mandatory quarantine of passengers and eased restrictions aimed at curbing the spread of the disease.

Government officials have taken few measures to contain the disease, instead promoting prayer and herbal remedies to treat the illness, drawing criticism from opposition leaders and the international community.