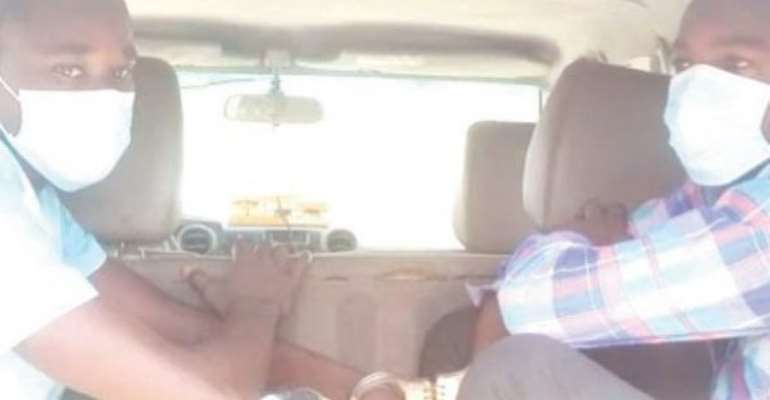 An Accra High Court has rejected the bail application by lawyer for Eric Kojo Duah, the man who allegedly shot and killed two police officers on the Kasoa-Buduburam-Aprah road in August 2019.

The bail of Michael Osafo Ani, Duah's accomplice, who was charged with abetment of crime, was also refused.

The court presided over by Mrs. Justice Elfreda Denkyi, ruled that the court was not inclined to grant bail to the accused persons.

Mr Augustine Obuor, counsel for the accused persons in his oral application for bail prayed the court to admit his clients to bail because they had been incarcerated for closely to two years.

Mrs. Frances Mullen Ansah, Senior State Attorney opposed the grant of the bail, saying the defense counsel should formally apply for it.

Mr. Obuor indicated to the GNA that he was going to formally file the bail application by May 10.

The court earlier on read out the charges and the facts to the accused person.

The accused have been remanded into lawful custody to reappear on May 20.

Duah is being held on two counts of murder, for allegedly shooting and killing General Lance Corporal Mohammed Awal and Lance Corporal Michael Dzamesi, who were on task force duty on the Kasoa- Buduburam-Accra road on August 28, 2019.

The Prosecution said the officers allegedly asked Duah, who was driving an unregistered vehicle to stop but he ignored them.

According to the Prosecution, the officers who had a service vehicle under their command chased him, and Duah pulled a pistol from his car and shot the officers in turns, the court was told.