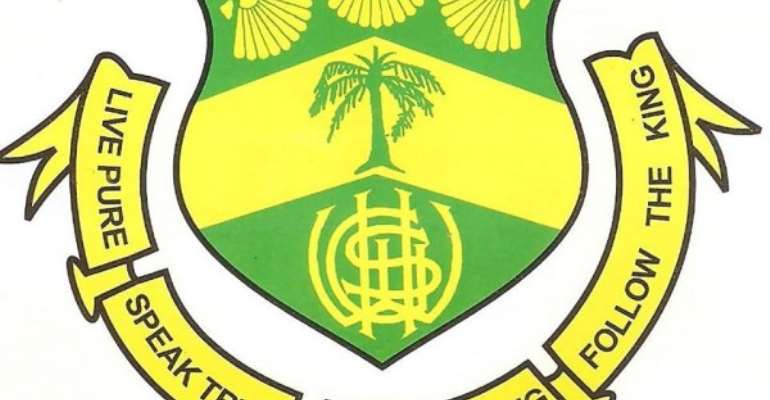 The Methodist Church Ghana has kicked against the Ghana Education Service’ (GES) directive to Wesley Girls' High School to allow Muslim students to partake in the Ramadan fasting and prayers.

In a statement, the church said it took a “strong exception” to the directive stressing that it “cannot accede to the unilateral directive issued by the Ghana Education Service.”

It insisted that the Ghana Education Service “respects the long-standing partnership between Government and Mission Schools.”

It argued that the school rule in question “is a long-standing one which is also non-religious and various renowned Muslim ladies in Ghana have passed through the school adhering to such a rule.”

Wesley Girls' High School faced criticism after it prevented a Muslim student from fasting during the ongoing Ramadan.

The Muslim Caucus in Parliament also met with the authorities of Wesley Girls' High School over the concerns.

The Minister of Education, Dr. Yaw Osei Adutwum had met with the Board of Wesley Girls’ High School and advised the GES to put measures in place to address the concerns of Muslim students.

As part of its directive, the GES urged parents of such students “to write to the school indicating that the school shall not be held liable for any health condition of the student as a result of the fast”.

The GES directive was welcomed by the Office of the National Chief Imam after it had also raised concern with the treatment of Muslim students. 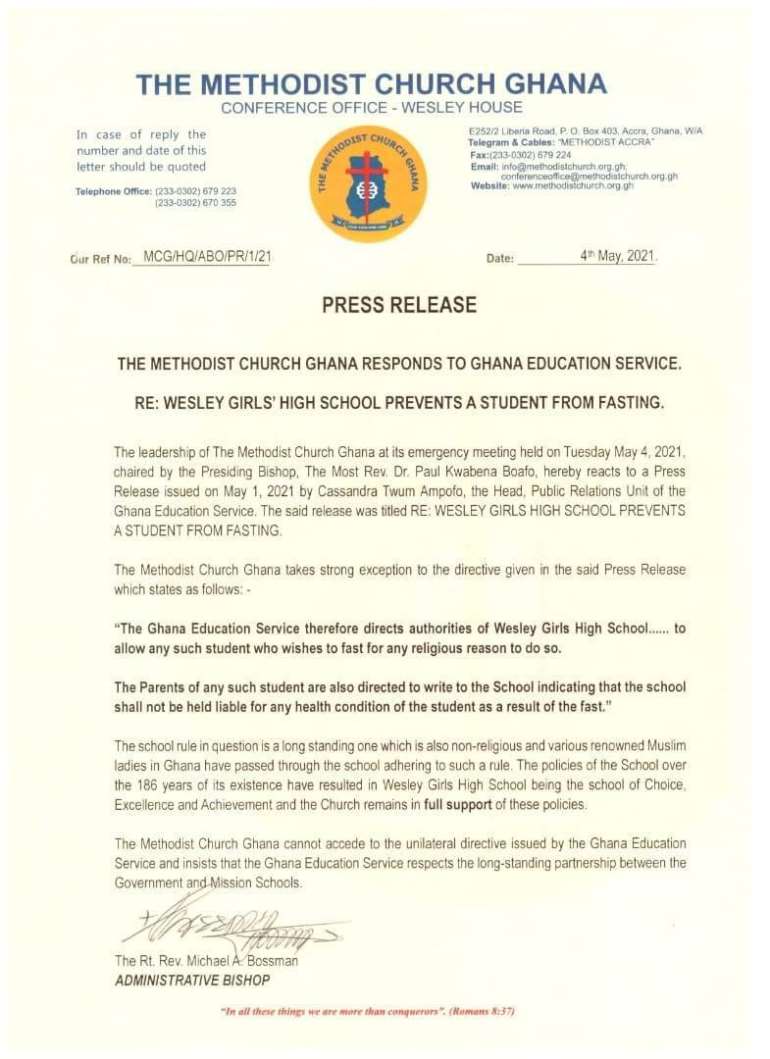