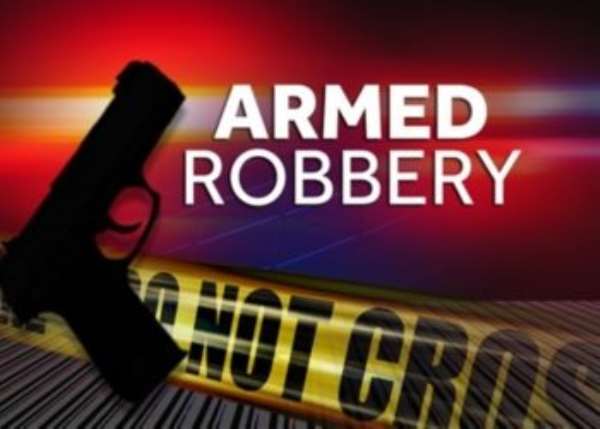 The Begoro District Police Command is searching for some four persons who attacked a Metro Mass Transit bus popularly called Kufuor bus with registration number GT 3389 – Z at the Begoro police checkpoint in the early hours of Monday, May 3.

According to the police, their officers on duty were not at post at the time of the incident.

“The padlock to the police barricade was left unlocked, enabling the robbers to get access to the room from where they mounted their own barriers and robbed the passengers with the above-mentioned sums of money, phones and beat some of the victims at gunpoint,” police added in a statement added.

The driver of the bus, George Asante told the police that they could not make the said men out as they were in nose masks.

The police also indicated that at “7:40 am on the same day, a taxi driver by the name George Ankomah came to the charge office and reported that he, together with three passengers were robbed of an amount of GHS4,200 and a mobile phone around the same time at the exact spot.”

They however indicated that they found their items at the crime scene after the armed robbers fled.