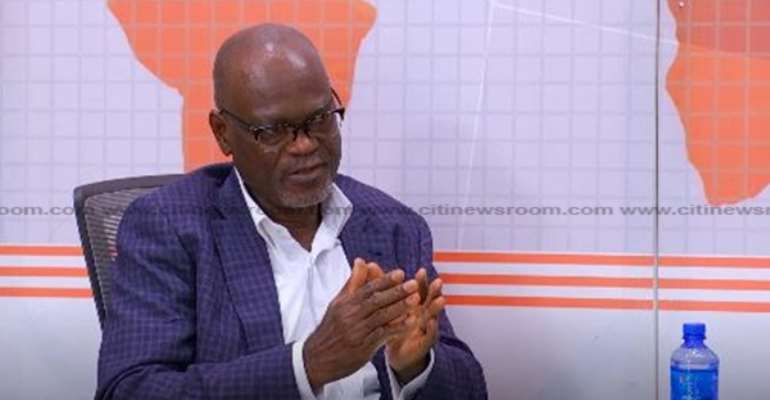 Ghanaian businessman, Dr. Kofi Amoah has expressed doubt the country’s economy will be able to grow exponentially owing to the country’s excessive borrowing and poor management of borrowed funds.

According to him, the nature of successive governments’ handling of borrowed funds leaves the country in a more distressing situation when it could have found a way to maximize the use of monies it borrows.

Speaking on The Point of View on Monday, Dr. Amoah said Ghana’s continuous powering to service old debts makes the economy operate like a Ponzi scheme that is unsustainable.

He suggested that governments adopt what he calls the “multiplier effect” for borrowed monies.

In explaining the concept, he said rather than investing borrowed funds in foreign contractors, consultants and prefabricated materials from outside, funds borrowed for projects must be used to hire local contractors and source for local materials in order to grow the local economy while at the same time fulfilling the purpose for which the loans are contracted.

“If you borrow US$1 billion to do a flyover, in my estimation, the flyover is important but what is more important is the multiplier effect within your economy. So when this money comes in and the contractor is a Ghanaian company, he is hiring Ghanaians, he is buying the materials for doing the projects in Ghana, there is a multiplier effect. The workers now have more money, and they can now spend more on food among others and those who deal in food will also have more money. You are now totally transforming your economy,” he said.

He said doing this will ensure that Ghanaians workers will now pay more taxes which will be enough to pay back the contracted loan.

On the contrary, he said, hiring foreign contractors for projects leaves no benefit to the country.

“At the end of the day, of course, cars will experience less traffic, but you will now be left with a concrete structure with a debt of US$1 billion, how are you going to pay it?” he quizzed. Situation is bad

“Borrowing to pay an old debt is what I call a Ponzi scheme. At some point, because your economy isn't growing, nobody will lend to you,” he said.

Passing his verdict on the management of the country’s economy, he said “the situation is very bad,” blaming successive governments for failing to take a different approach.

He said the government’s Planting for Food and Jobs while doing well by exporting some food to Burkina Faso and Ivory Coast, needs to do much to do expand to develop it into a multi-million dollar industry on its own.

“In food, through Planting for Food and Jobs, we are exporting some food to Burkina Faso and Ivory Coast. It is not bad, but I think it is not enough. It is not massive or transformative like the cocoa sector where you are getting billions,” he said.