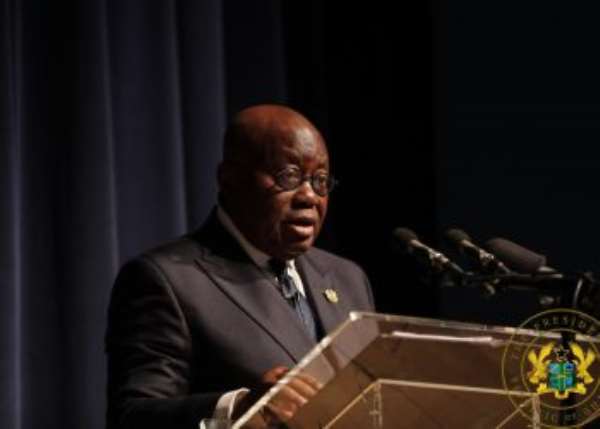 President Akufo-Addo has reiterated his commitment to bringing an end illegal small-scale mining popularly known as 'galamsey' in the country.

The President on Zain's Exchange on CNN on Monday, May 3, 2021, said his government has re-introduced measures to fight the menace which is significantly affecting the country's water bodies and environment.

He stressed that he and his government will collaborate with the military to bring an end to the menace.

“We are determined to come to grips with it. In fact this week, major operations are being authorized by me; the Armed Forces to clear our rivers of all the equipment, the machinery that is devastating and polluting our environment and waters.”

“So we are taking some very strong measures to try to come to grips with it,” he added.

The government recently renewed its commitment to fight illegal mining at a National Consultative Dialogue on Small Scale Mining , where stakeholders charged the government to take steps to strictly apply the country's mining laws.

This has led to many actions being taken in that regard.

The government ordered persons undertaking prospecting activities in forest reserves across the country to indefinitely suspend such activities .

It also directed the Minerals Commission to desist from processing or granting any request for the renewal of prospecting licenses in forest reserves.