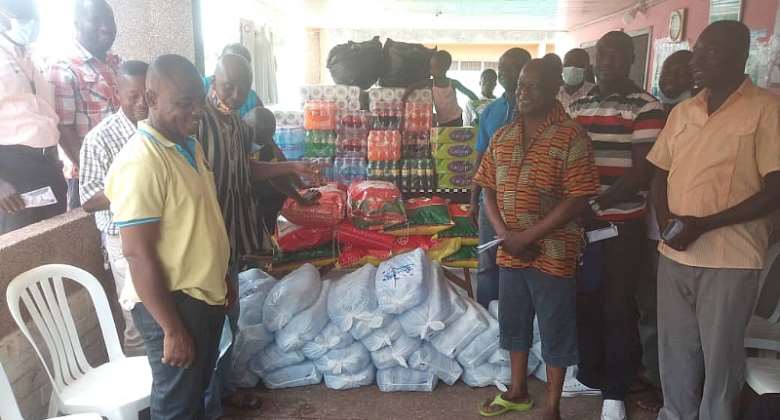 The donation formed part of a series of activities of the club, which has been in existence for nearly three decades, to reach out to the poor and the marginalized in society.

The Chairman of the Fun Club, Kwabena Adu Owusu-Ansah, who presented the items on behalf of the members said as fathers, it had always been their desire to show love and compassion to others, especially the deprived.

He gave the assurance that several of such presentations would be made to other institutions in Sunyani and other parts of the country and called on other organisations to emulate their example.

Bior Mingle, the Director of the Home, thanked the leadership and members of the Clap for Jesus fun club for their kind gesture, saying “this will go a long way to help in the daily upkeep of the Home as it would put smiles on the faces of the inmates.”