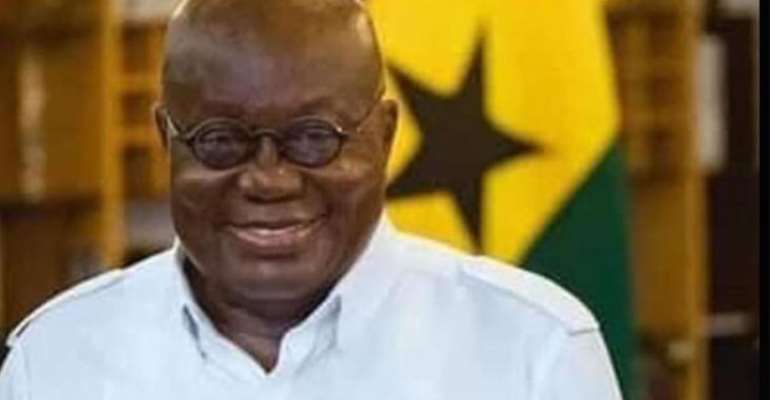 Greetings, Mr. President! Writing to you for the first time after the fiercely contested 2020 polls, I guess saying congratulations is in order.

Indeed, the 7-0 affirmation from the Supreme Court has crippled the argument of those claiming it was a flawed election. Despite the Elephant’s poor showing in the parliamentary contest, you managed to perform creditably in the presidential polls. Beating a fierce opponent like President Ogwanfunu with over half a million votes is no mean achievement.

But I cannot hide my displeasure at the number of deputy ministers. I was aghast when I saw some ministries with three deputies. What in Mawu’s name are the deputies going to do that the substantive ministers cannot delegate the Chief Directors or any other person to do? Yes, I belong to the school of thought that sees the deputy ministerial position as redundant and waste of public purse. But hey, you are the one in-charge, aren’t you?

Sir, you needn’t be reminded that the endorsement from me and my compatriots in the last poll is a rare opportunity for you to right the wrongs of your first term. One of such is the abysmal performance of your government in the housing sector. The Housing Minister, who is your kith and kin, was one of the worst performing ministers. He could neither complete the Kufuor Housing Projects nor the Ogwanfunu Saglemi Housing Project. All he did for the whole four years was a forensic audit of the Saglemi project, which has yielded practically nothing.

The health sector is another place you can leave a great legacy. The “gang of 88 district hospitals” and the “gang of 13 regional hospitals” readily come to mind. I can only imagine the impact the 101 hospitals would have on the lives of our fellow citizens. So, if I were you, I would channel my energies in that direction to ensure the successful completion of the 101 hospitals.

There is no denying the fact that your government did well in providing 307 ambulances in your first term. As expected, many sang your praises. But the bitter truth is that they are not enough. One ambulance for each constituency is inadequate, to say the least. Another ambulance for each constituency is a policy that could go a long way to ease the suffering of the masses. And please avoid the delay and razzmatazz witnessed in the first episode. It was totally needless, as it portrayed your government as one which celebrated mediocrity.

As for the education sector, your legacy is almost cemented. All that the Minister needs to do is to improve upon the Free SHS policy and finish the infrastructural projects started by his predecessor. The completion of the projects will ensure that the double track system is totally wiped out. Then we shall see the next propaganda from Mr. Ogwanfunu and his ilk against the Free SHS policy.

‘Dumsor’ has reared its ugly head again, albeit in a very mild manner. Yes, I do agree that those under the Umbrella and some agenda-setting journalists are making a mountain of a mole hill in the recent dumsor matter. But the bitter truth is that the situation will get worse if not nipped in the bud now. So whichever kind of dumsor it is, just fix it, Sir!

As for the fight against corruption, it is an understatement to say you’re failing. Please pardon my bluntness, yours has been one rhetoric after another, with no concrete action. You cannot pretend not to have seen the wanton corruption in the so-called galamsey fight and in procurements by many of your appointees. You may not be corrupt yourself, but a leader who sits on the fence as his appointees engage in a looting spree is also a looter.

Please do not be deceived by the sweet whisperings of your appointees. They only tell you what you want to hear. It is the likes of yours truly who can look you in the eye and tell you “the king is naked”.

You have a fine opportunity to leave an imprint in the minds of your fellow Ghanaians. So please crack the whip no matter whose ox is gored.

I wish you well, Mr. President. I pray the Bearded Old Man above grants you good health, courage and wisdom for a successful second term. Your courage so far in fighting the dreaded Corona virus is admirable. May you not depart from that path!

I shall return for more konkonsa, Deo volente!