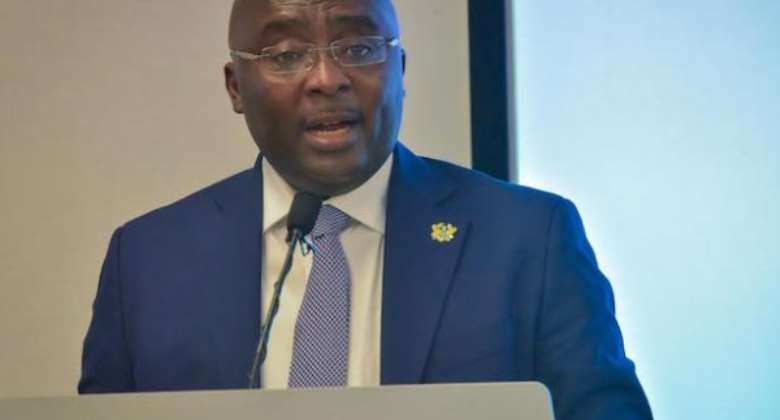 Vice President Dr Alhaji Mahamudu Bawumia says the quality of Ghana's secondary level education has not been been compromised in any way by the implementation of the Free Senior High School (FSHS) Policy.

This has proven wrong the contrary views projected by some critics ahead of the introduction of the policy in 2017.

He said data released by the West African Examination Council in its 2020 West Africa Senior High School Certificate Examination (WASSCE) showed Ghanaian students who were beneficiaries of the FSHS Policy scored the highest number of 'A's in all eight subjects.

For instance, he explained, out of the 465 students who scored 'A's in all eight subjects, there were 411 Ghanaian students who were part of the first batch of the FSHS Policy.

There were also students from Nigeria, Sierra Leone and the Gambia who took part in the 2020 WASSCE, with Nigeria presenting 70 per cent of the total number of candidates.

However, only 54 of them scored 'A's in all the eight subjects.

"That tells you the quality we have produced. We should not underestimate what we are capable of doing," Dr Bawumia noted.

Vice President Bawumia made these analyses and comparisons when addressing the closing session of the 2021 Ramadan Fatsir, organised by the National Chief Imam, Sheikh Dr Osman Nuhu Sharubutu, at the Central Mosque in Accra, over the weekend.

The annual Ramadan Fatsir is an old-age Islamic tradition, which provides the platform to break down and interpret complex texts of the Holy Quran for clearer understanding.

Dr Bawumia, a staunch Muslim, who was the special guest for the occasion, entreated Muslim youth to in addition listening to the Qur'anic interpretation, prioritise education by taking advantage of the FSHS Policy to acquire knowledge and skills for a brighter future.

"Beyond listening to the Fatsir, it is important for us to continue taking our education seriously in order to transform our country," the Vice President advised.

"Today's competition and technological world, seeking education should be a priority for all, especially the young ones."

Vice President Bawumia lauded the National Chief Imam and other Muslim clerics for their commitment towards promoting education among Muslim youth.