Are you really sure the erstwhile NDC administration performed exceedingly better? 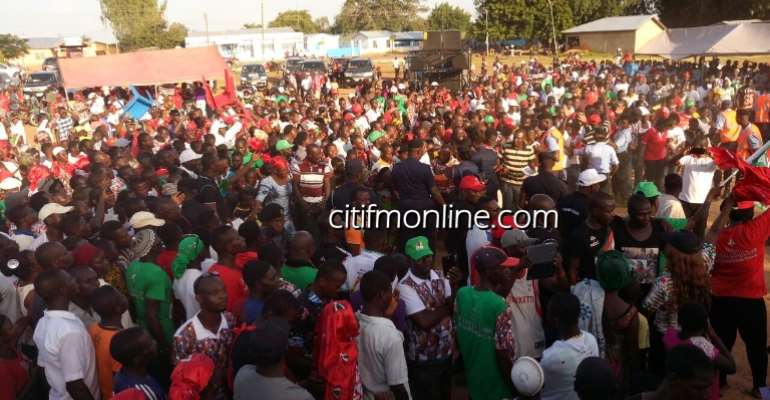 With all due respect, it is quite vague and somewhat oxymoronic for anyone to assert that it was God who made NDC lose to NPP in the 2016 general elections in order for Ghanaians to know the better leader between Mahama and Akufo-Addo.

There is no denying or ignoring the fact that we are more often than not, been electing ‘a semicircle’ of negligent and selfish officials whose only preoccupation is to sink the nation deeper and deeper into the mire through unpardonable incompetence and unbridled corruption.

That being said, it will be absolutely unfair for anyone to argue that all politicians are the same when in power and therefore there is no need to change from one to another.

You may believe it or not, politicians have different levels of temperament, competence, experience, knowledge, skills and abilities, so they are never the same, as a matter of fact.

It is absolutely true that Ghana’s economy was in tatters under the erstwhile NDC administration and every honest critic can attest to the fact that Akufo-Addo is steadily fixing the huge mess left by the Mahama’s administration.

Truth be told, it is quite unreasonable for anyone to argue somewhat bizarrely that facts and figures are not the determinants of a blossoming economy. How ironic?

How can any trained mind claim impetuously that Ghana’s economy under former President Mahama (3.4% growth and 15.4% inflation) was better than President Akufo-Addo’s record before the insidious coronavirus (8.6% growth and 7.5% inflation)?

Given the harsh conditions back then, it is boundlessly unconscionable for the NDC loyalists to keep insisting that the New Patriotic Party (NPP) administration is rather messing up the economy.

Some of us, as a matter of principle, can wholly understand the NDC teeming supporters for blatantly denying the conspicuous vast improvement in the economy under the able leadership of President Akufo-Addo.

That being said, it is intellectually incoherent for any economist to gleefully back the seemingly political gimmicks being thrown about by political propagandists.

In fact, I was extremely dumbfounded when a certain economist explicated some time ago that the policies such as the ‘IMF Policy Credibility’ under the erstwhile NDC administration contributed to Ghana’s favourable economic growth.

Well, whilst I am a stranger in the economists’ world, common sense will tell me that it is only a failed government that will go to the IMF for policy credibility.

Let us be honest, if the erstwhile Mahama administration built a solid economic foundation from 2009 to 2015, why did the government run to the IMF for policy credibility sometime in 2015?

Where was the sound economic foundation under Mahama when 14% economic growth in 2011 dropped to 3.4% by December 2016?

How can anyone claim excellence in economic management when single digit inflation was dragged to 15.4% by December 2016?

What do you call solid economic foundation when the agricultural sector grew in negative consistently?

How can anyone beat his/her chest and claim ownership of solid economic foundation when the GDP shrunk from $47 billion in 2011 to $40 billion by December 2016?

In fact, no economist can tell us that the well-accepted policies and programmes such as Planting for Food and Jobs, Planting for Export and Rural Development, Rearing for Food and Jobs, One million dollar per Constituency, One District One Factory, One Dam One Village, and tax reductions have not contributed to Ghana’s favourable economic outlook.

To be quite honest, Ghana went into the throes of economic collapse due to the calamitous errors in decision-making under the leadership of Ex-President Mahama.

It is worth stressing that before the insidious coronavirus, the Akufo-Addo’s government efficiently raised the economic growth. Ghana’s economy grew provisionally by 8.5 percent in 2017 compared to 3.7 percent in 2016 (Ghana Statistical Service, 2018).

Interestingly, in the first two years of the Akufo-Addo’s administration, the Industry sector recorded the highest growth rate of 16.7 percent, followed by Agriculture 8.4 percent and the Services 4.3 percent.

How can anyone clamour inexorably for the return of someone who wilfully collapsed Ghana’s economy?

“Ghana is a prime, ripe destination for doing business” – Ak...
36 minutes ago