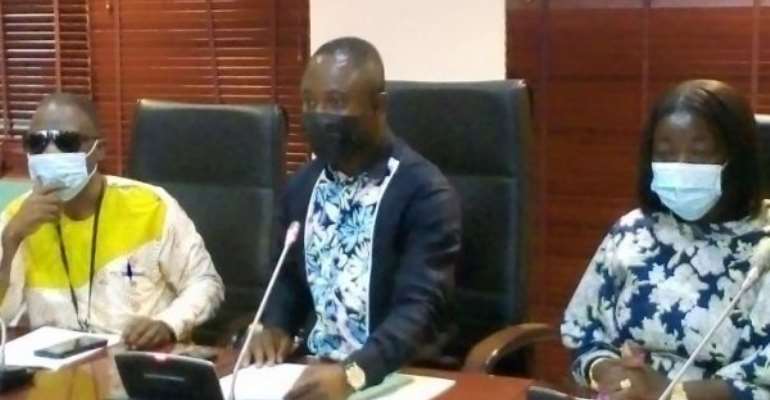 The Minority NDC in Parliament has called on government to, as a matter of urgency, formulate an antigen policy and submit it to Parliament for consideration.

The Minority said an antigen policy, as done in other countries, would help to determine when antigen tests are sufficient screens or if there was the need to either add PCR tests or perform PCR tests alone to elucidate the positivity or otherwise of suspected COVID-19 patients.

Mr Kwabena Mintah Akandoh, the Ranking Member of Health, addressing a press conference in Parliament, urged the Government to increase testing and provide protective equipment for immigration officials to control the spread of the virus.

He called on government to expedite action on the procurement and deployment of vaccines across the country as was promised earlier.

Mr Akandoh said there was currently no COVID-19 protocols with regards to ship crews arriving at the country's ports.

He explained that since there were no recommended antigen or PCR tests for those individuals, and the fact that COVID spread in confined spaces, risks of infection were high among crew members who might stay for weeks in close quarters with others.

He said due to the absence of vaccines and the challenges with monitoring travellers at the ports, government's increased routine surveillance at the ports would prevent a third wave of COVID infections as witnessed in the early parts of this year.

“It is, therefore, more urgent now than ever that in the absence of vaccines and the challenges with monitoring travellers at the ports, and in some instances imported fake PCR test results and over-reliance on an antigen test, government must increase routine surveillance to prevent a third wave of COVID infections like we witnessed in the early part of the year,” he added.

Mr Akandoh, also the Member of Parliament for Juaboso, called on government to ban flights from COVID-19 hotspot countries.

I dozed off only to realize JB Danquah Adu has been killed –...
52 minutes ago