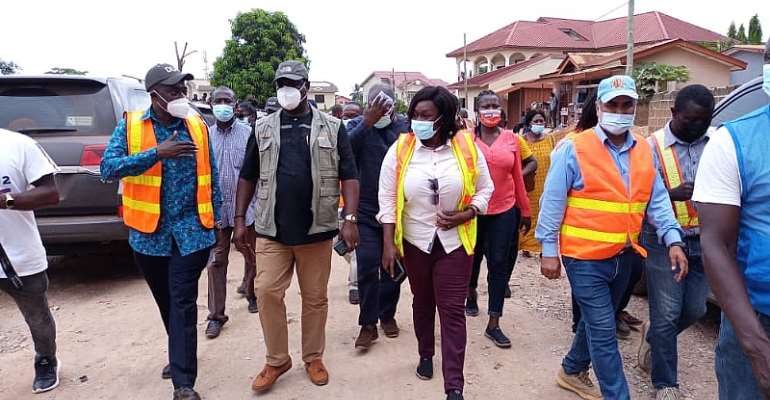 The Minister for Roads and Highways, Hon. Kwasi Amoako-Attah, says the President's 'Year of Roads' is still on course.

He said this on Tuesday, 27th April 2021, during an inspection tour of ongoing road projects in some parts of the Greater Accra Region, including the Ga East Municipality.

The Minister charged the Contractor, Garkos Company Limited, to expedite work on the project, which he revealed was awarded in 2018 and should have been completed earlier.

He again charged the Contractor and the Municipal Urban Roads Engineer, Aboagye Foster, to notify a developer who had dumped building materials on the road to clear it immediately or face sanctions.

From here, the Minister, who was accompanied by the Chief Director of the Ministry of Roads and Highways, Mr. Edmund Offei-Annor, and other officials from the Ministry, Ghana Highways Authority, Department of Urban Roads and Consultants, inspected another project at Ashongman Estate, Presby Church area, where a prima sealing had been applied on the ongoing 4km-road. This road leads to Pure Water.

The next destination was Musukoo Montessori School area where a 2.6km-road project was ongoing, with the surface prepared for prima sealing.

The final port of call was the Atomic Hills, Bank of Ghana area where the Minister inspected the 4km-road project which was earlier awarded but abandoned by the contractor.

Some residents who interacted with the Hon. Minister lamented the poor state of the roads and pleaded with him to take swift action to avert any unforeseen disaster.

Hon. Kwasi Amoako-Attah instructed the Director of the Department of Urban Roads, Ing. Abbas, to get the road repackaged and meet him on Monday for further action.

Speaking to the media after the inspection tour, Hon. Kwasi Amoako-Attah reiterated that President Nana Addo Dankwa Akufo-Addo is determined to deliver the 'Year of Roads' agenda, this year and beyond, though a lot has been achieved in the past year

"Once more, 2020 as Year of Roads means we, as the players, in that sector, are not going to rest and I know God will give us the energy and strength to do that. We are looking at the aspects in the road sector not just the construction of interchanges, asphalt overlays, and bridges but we're going to improve all major and community roads such as these ones we're inspecting", the Hon. Roads Minister stated.

The Hon. Minister, upon a request from the MCE, Hon. Janet Tulasi Mensah, promised to revisit the Municipality soon, to inspect road projects and challenges in other parts of the Municipality, especially, Abokobi and surrounding communities. 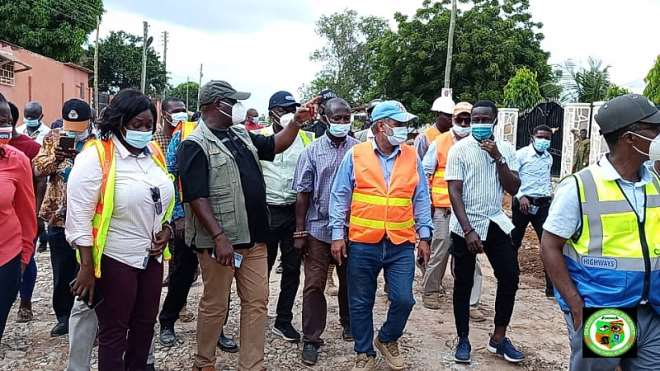 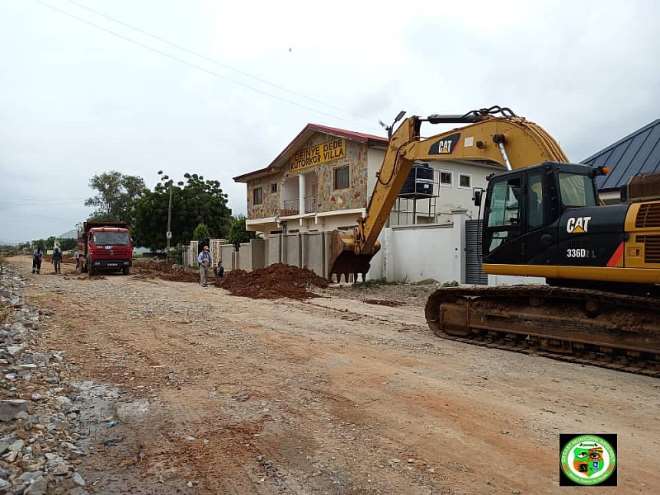 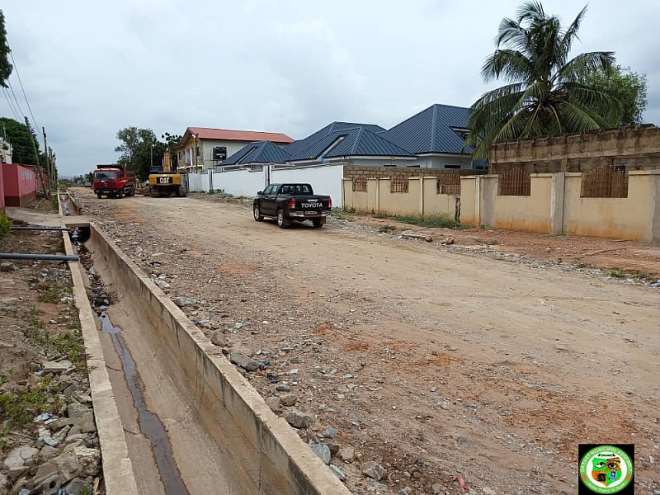 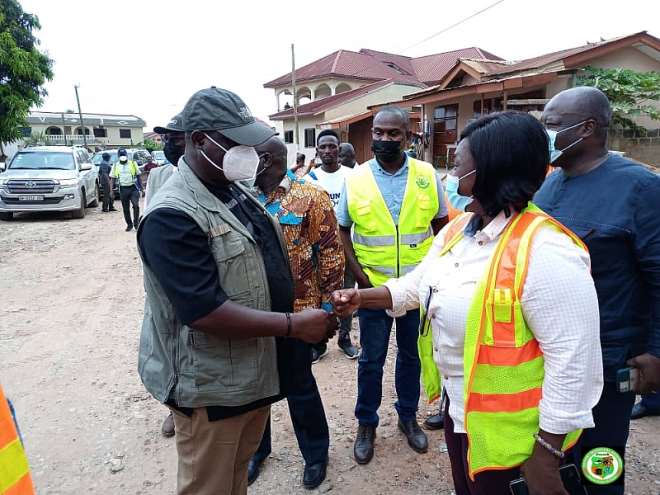