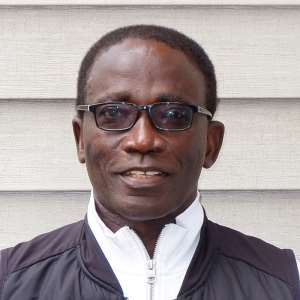 THE ILLUSORY TRUTH EFFECT
Repeat a false story many times; the listener shall believe it as true. Repetition increases belief. Repetition creates an illusion of truth in our minds.

Human brains tend to process statements/information faster and better if

The statement is familiar

The statement sounds logical or follows a logical series.

Not only are such statements processed faster (than newer statements) in the brain; they are very often, remembered as true statements.

Psychologists have summed it up like this, Repeated statements receive higher truth ratings than new statements. When people hear a statement more than once, they are more likely to believe that it is true as compared to when they hear it one-time only.

Repeating misinformation doesn’t make It true, but it does make it more believable.

So, if you repeat statement more than once, people may start to believe it as true.

In 1977 Dr Lynn Hasher, a psychologist and her colleagues did a study at Temple University in Pennsylvania, U.S.A. The Study confirmed the belief that,

repeating a statement increases the belief that it is true even when the statement was initially, false.

Familiar statements, and statement-frequency, appear to play a role in memory and in cognition.

Any approach that increases one's familiarity with a statement or aids the brain to process information faster, enhances the truth effect.

Likewise, when statements are presented in an easy-to-read format and colorful fonts, the mind readily assumes such statements as truthful.

This is in sharp contrast to statements that are presented in dull, low-contrast-fonts.

Also, any aphorisms that can be expressed as a rhyme, enhances the truth effect.

Public misinformation has become a tool for politicians.

Propaganda machineries have been set up by Politicians to sway the minds of the citizens, with the illusory truth effect in mind.

Religious Cult Leaders have used the same principle to win souls and swell up the number of their congregants.

Here are a few examples of the illusory truth effect.

Church hymns and songs were sung regularly.
The mind got used to the words and phrases in these recitations. The words became facts in the minds of those who recited them. These words became part of their internal belief system.

Our father, who art in heaven.
God is a male figure who lives in the skies.
It would be difficult to convince someone that God does not live in the skies, and that the God-particle could be found inside of us.

Little wonder most sports personalities look up to the skies when they pray to, or thank God.

THE SECOND COMING OF JESUS

(A few Christians do believe that Jesus’ second coming has already taken place during the first Century AD.)

We have been told this lie right from birth.
However, the reality is that Jesus shall come from nowhere to pass a judgement. The days when humans thought the earth was the center of the universe, and that God had a human face and image are long gone.

Our earth, and our solar system is only a small fraction of the universe. There are millions of galaxies out there.

The false religious doctrine that one day, the European-created Jesus shall come from the sky and judge us, was coined by men with limited knowledge about the Universe and the Laws of Nature. Neither did they know that every human being is Divine in nature.

This storyline gained momentum at a time when the early Christians, (and the rest of the world) believed that the Earth was flat and that Angels stood on the Four Corners of the Earth.

We now know that the Earth is like a sphere that rotates and revolve around the sun.

Before the advent of Christianity, many cultures around the world did believe that after each death, a life review was done.

You know, all life-events are stored in our sub-conscious mind, which acts like a computer hard-dive.

All the numerous life experiences are played back to you, scenes are re-enacted during the life-review.

You witness these events alone; you become your own judge.

Because you now have a complete clarity, (not blurred by emotions) you feel the full impact of the actions you inflicted on others, in the just-ended incarnation.

Lessons are learned; you resolve to act differently when faced with similar situations in your next incarnation.

It is ridiculous to think that after death you remain dormant until the judgement day.

The African knows that our Ancestors often come back as newborn-babies.

Reincarnation phenomenon has rubbished the Christian doctrine stated in Hebrews 9:27, And as it is appointed unto men once to die, but after this the Judgment.

As humans, we are very gullible. It is time to start question the basis of whatever we are told.

We must develop a more discerning mind

Ancient Kemet fared better, they assumed God was the Sun.

Abrahamic religions did poorly.
Genesis 1:27 reads, God created man in his own image, in the image of God created he him; male and female created he them.

Someone's imagination has caused human-kind to believe and define God as a male-figure.

I have not even heard of any angels who are females.

Any attempts to define God is pointless.
This is because our levels of awareness, and consciousness are in their primordial states.

What we know is that the Universal consciousness (that we define as God) is Ubiquitous. It permeates all creations and creatures.

So, whoever wrote the “our father, who art in heaven” as a prayer has done a great disservice to modern humans.

We cannot therefore, use DNA variations to define the Races and skin color-variations on this planet.

Humans have always accepted the superiority of the more advanced cultures.

Reincarnations studies have made it clear that humans tend to switch Cultures, Genders, Races, and even social status between incarnations.

With the available information, it is erroneous, to believe that one race is different and superior to another race.

We are all from one source with varying and unique physical features.

Civilizations come and go, humanity persists.
Most Africans have been brainwashed into believing that the black skin-color is inferior to other skin colors.

The devil has been painted as Black, and sometimes in colors, other than white.

Caucasians have succeeded in painting their Jesus as white.

This is because Pope Julius II had tasked Michael Angelo on May 10, 1508 to do paintings on the ceiling of a chapel.

Angelo used his own cousin to model for Jesus Christ. Jesus Christ’s skin color was changed from brown to a white Caucasian with blue eyes.

Most of the leaders of the North African churches like Tertullian, Augustus, Origen (Alexandria) Madonna, Moses and the previously, Black Catholic Popes have been now painted as Caucasians.

During the slave era, mulattos were assigned a higher social status by their slave-masters.

Most Africans prefer light-skin people to those with ebony-black skins, for relationships.

Has anyone seen a painting of Angels with a black-skin color?

Has anyone seen a painting of Angels who happen to be females?

Little wonder Black people have lost their self-confidence and dignity; they have become dependent, and totally, rely upon what other people and the self-acclaimed men-of-God tell them.

You are a child of the universe; you are no less than any other creation.

Do not lose your guard; do not allow any humans to deceive and demean you.