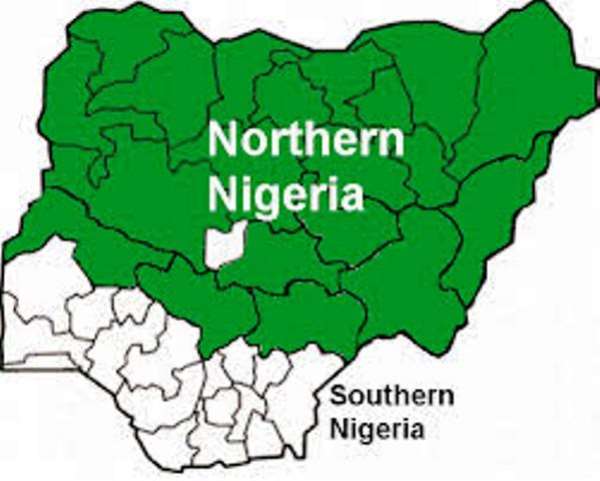 God Almighty has reluctantly approved the disintegration of Nigeria, according to the vision I received on the Prayer Mountain, since the state and non-state actors have failed to show restraint after the warning of April 22nd 2021. In the vision of the Night-3am-4am on the 23rd Day, 22nd Hour of the Fasting, I saw the Terrible Vision of Nigeria’s Disintegration as reluctantly approved by the Council in Heaven. I saw a repeat of it fifteen days later 10th hour on same prayer mountain. Eight days later, on same prayer mountain, the disintegration was approved.

The Disintegration of Nigeria is not God’s Perfect Will. It is a Permissible Will because the Original Agenda of God for Nigeria is to lead in the Mass Evangelization of Africa, as prophesied by many prophets in Nigeria, Africa, US, others, including late German Evangelist Reinhard Bonnke.

I saw the Principalities with their hosts, numbering over 100 million, with their agents, and the Principality over Nigeria, dressed in black willing to TEAR THE NATION INTO BLOODY CRISIS, HATRED, RAPE, MURDER, CUTTING BOWELS OF PREGNANT WOMEN, PEOPLE IN LUXURIOUS MASS TRANSIT BUSES WAYLAID,BURNT, SLAUGHTERED ON THEIR WAY BACK TO THEIR STATES OF ORIGIN. SABON-GERI ROUNDED UP, WOMEN RAPED, THROAT SLIT.

I CRIED! IS IT NIGERIA!

THEN GOD SENT A BEING (ANGEL) AND BOUND THE PRINCIPALITY OVER NIGERIA AND HIS HOSTS OF 100 MILLION SPIRITS.

Then a less bloody disintegration of Nigeria was initiated.

In the New Nigeria:

South West was the shining light. It achieved Peace and Stability faster than others, and proceeded to Strange Economic Progress and Stability.

South South surprisingly settled numerous ethnic conflicts and decided to work together as one.

South East struggled at the beginning, with lots of confusion, uncertainties, economic crisis, and later stabilized.

The Rest of the Regions Struggled, Struggled and Survived.

The rest of the details about how each region fared in the New Nations will be released later. The details of how the flamboyant Mega Churches handled the crisis will be unveiled later.

The details of the series of events that catapulted to the Disintegration and How to avert it, I Will Release in Subsequent Treatise, as Permitted.

I want to warn those fanning embers of hatred in Nigeria through hate speeches, that their time of reaping has come.

The Watchmen that God gave Oversight over Nigeria, since the Year 2000, have Abandoned Their Duty Posts in Search of Survivals, and the Agents of Destabilization Have Set In.

I thank God that the Principalities that wanted to Shed 2 million bloods were arrested-as I stood on the Watch on the Prayer Mountain.

This Principality Is Responsible For Spreading Hate Speeches, Unsubstantiated Reports, Fake News and Various Criminality, Banditry, Kidnappings, Religious Crisis Aimed At Bringing a Calamitous Conflict Because They Want To Gore On the Blood of Nigeria-but the Spirit and the Angel Quarantined Them in a vast spiritual space above the sky.

The Following fifteen days after the first vision, I was given further clarifications that the only way to avert the disintegration is for; (1) The state actors to take responsibility for security in Nigeria. (2)The non-state actors to take que, cease hostilities and give room for dialogue. (3)The religious leaders from both divides to stop spewing hate messages from their pulpits, altars and sermons. (4)The masses should stop disseminating any information that is not verified.

The following twenty third day after the first vision, I was informed that the disintegration has been approved, to prevent the mindless bloodshed the kingdom of darkness wants to unleash on the citizenry in the nae of bloody secession.

This is a Warning from God! Ignoring these coded warnings will be disastrous for the nation. My warning on the Covid-19 Scare and How God Will Deliver Nigeria, Africa is in public domain.

Due to Divine Intervention to avert 2 million deaths, the timeline for the implementation of the Vision has been elongated from the current to a future- God has approved the disintegration of Nigeria since the four actors mentioned failed to take responsibility.

The window of reversal is further narrowed, since only those ‘Watchmen Who Abandoned Their Duty Post, Holds the Key of Reversal’

Below is excerpts of April 22nd Warnings.

This is what Akufo-Addo and US Vice President Kamala Harris ...
10 minutes ago