The 'good lad' who died for political change in Chad 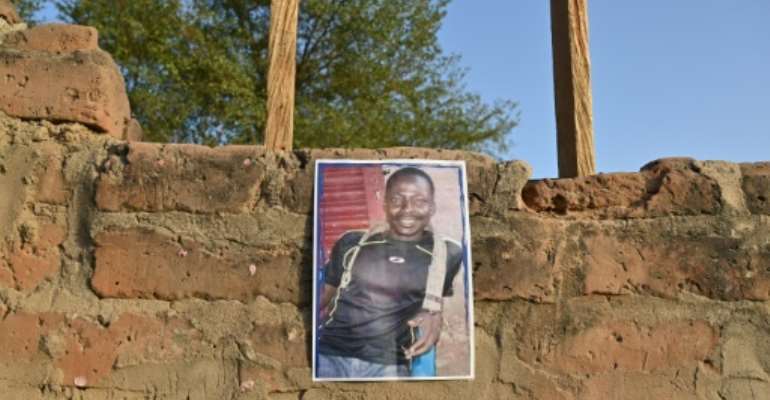 A printed sheet of paper bearing a photo of Adoussouma hung on the crumbling wall at the Komeissou family home in Chad's capital N'Djamena, marking his death Tuesday in protests against the new military junta.

The young man's broad smile in the picture was the only cheery face seen Thursday around the large house, where about 40 relatives and friends came to grieve with the family.

Adoussouma, 27, decided with friends to go out on Tuesday morning and demonstrate "for change" in the large, impoverished central African nation, his uncle Joslin said.

He planned only to go a few dozen metres (yards), up to the main asphalt road that borders his working-class district of Walia, a hotbed of protest in southern N'Djamena. 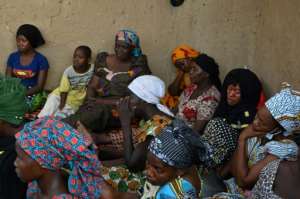 Dozens of mourners gathered to grieve for Adoussouma at his family home. By Issouf SANOGO (AFP)

But a bullet pierced both Adoussouma's legs, and he died in hospital a few hours later.

A big man of 1.80 metres (almost six feet), Joslin wept as he described the circumstances of the death to the morgue official for the municipal register.

A few minutes later, he told AFP that he did not understand why his nephew had been shot.

Adoussouma was among at least six demonstrators who died during protests called for by the opposition and civil society, many banned by the regime and put down by security forces.

Organizers wanted to denounce Mahamat Idriss Deby's "dynastic succession" to power on April 20 after the sudden death of his father, Idriss Deby Itno, who was mortally wounded fighting rebels. 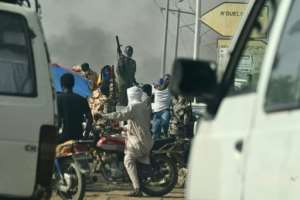 Many demonstrations in N'Djamena and elsewhere were banned by the regime. By Issouf SANOGO (AFP)

In power for three decades, news of Deby's death came hard on the heels of an announcement that he had won a sixth presidential term.

A junta dubbed the Transitional Military Council (CMT) was quickly formed, chaired by Mahamat Idriss Deby and made up of generals close to his late father.

Assuming the title of president, the younger Deby dissolved the National Assembly and vowed to hold "free and democratic" elections in 18 months. 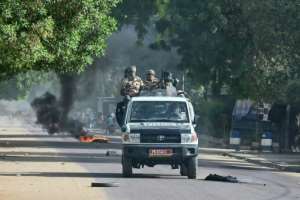 Police pick-ups are a constant presence at Chadian demonstrations. By Issouf SANOGO (AFP)

Opposition and civil society groups denounced an "institutional coup" as well as blasting the new regime's supporters across the region and from further afield -- particularly France.

Paris has long been concerned about the stability of this pivotal nation between Libya, the Sahel and central Africa, seen as a bulwark in fighting the region's jihadists. 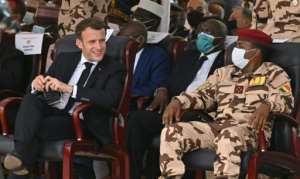 French President Emmanuel Macron was one of the leaders to attend Idriss Deby Itno's funeral. By Issouf SANOGO (AFP/File)

But Tuesday's demonstrations were cut short.

After barely a few hours, the few groups of young people who went to march were dispersed by the security forces in their ubiquitous pick-up trucks.

'He should have been useful'

Dozens of people were injured and admitted to city hospitals. The authorities said that six people were killed in N'Djamena and in the south of the country, while local non-governmental organisations said that a dozen people lost their lives.

More than 650 others were detained by the security forces, although civil society groups say many have since been released.

The UN on Friday condemned "apparently disproportionate use of force, including live rounds" against the demonstrators. 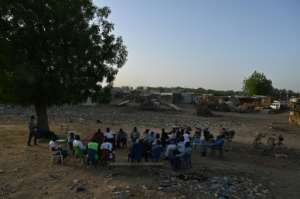 "He was my first son, he was the one who was supposed to help me," she breathed, holding back tears.

"I did nothing, I have already suffered a lot," Ponga repeated over and over, recalling how Adoussouma's father had abandoned her on discovering that she was pregnant.

"I don't want to live anymore," she said.

"The government ignores its people and does not know the poverty in which we live," he said. "Even the students are unemployed."

In one of the world's poorest countries, joining the army or artisanal gold mining in the Sahara are the main ways off the bread line. 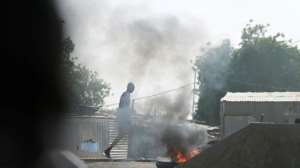 Among the young, a "fed up" outlook has become a "danger", said Remadji Hoinathy, a researcher at the Institute for Security Studies (ISS) in N'Djamena.

"In view of the current situation, those born in the early 1990s tell themselves that there is not much left to lose," Hoinathy said.

Adoussouma was one of those disabused and poorly educated young people. At 27, he was only just completing high school.

"He wanted Chad to change, for everyone here to prosper (without) inequality and nepotism," said Joslin.

He still hopes that his nephew "will be a martyr" and that "the blood that has been spilled is not for nothing".