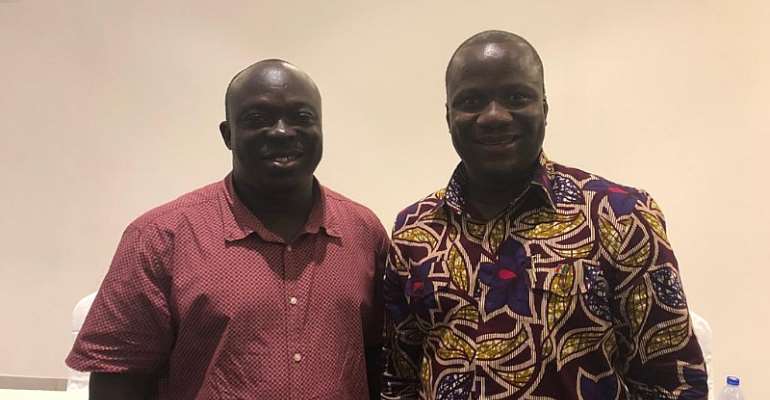 In his effort to fight illegal mining popularly known as Galamsey, the Western Regional Youth Organizer of NPP, Benedict Addae has showered praises on Hon. Samuel Abu Jinapur, Minister for Lands and Natural Resources for putting up yeoman’s job in curbing the menace in the bud.

Illegal Mining goes to the goes to the core of our existence and survival. It goes to say any means humanly and legally possible must be employed to have a lasting solution to the gloomy days that stares on our faces.

Experts in the mining sector have consistently raised the issue of responsible mining that aims at putting the land back to it’s normal state.

There is this notion that those engaged in such activities should adopt sustainable mining which means mining in way that does not deprive the future generation the opportunity to also make ends meet.

The Minister for Lands and Natural Resources is embarking on a working tour in the Western to make the vision of the NPP Government led by President Nana Akufo clear to stakeholders in this enterprise.

He came with Hon. Mireku Duker, MP for Tarkwa Nsuaem and Hon. Benito Owusu Bio, MP for Atwima- Nwabiagya who have been designated to serve as deputies to the sector minister, Chairman and member of Mines and Energy Committee of Parliament, Hon Atta Akyea and Hon Rashid Pelpuo respectively some few days after the National Consultative Dialogue on Small Scale Mining, where stakeholders charged the government to take steps to strictly apply the country’s mining laws.

On his tour, he engaged AngloGold Ashanti Iduapriem, Small Scale Miners and Officials of the University of Mines and Technology, where indicated that President Nana Akufo Addo’s Government is not against Small Scale Mining but what it will not be countenance is the mining in our water bodies and forest reserve.

In fact, he reiterated that the government has declared mining in water bodies and forest reserve as Red Zones meaning they will declare war on anyone who dares to mine in these two areas in the coming days.

It is against this backdrop that the Western Regional Youth Organizer of NPP is calling on the chiefs and people of the Western region to compliment the efforts of the government to deal with mining in our water bodies and forest reserves to protect the water that comes to our homes.

“We must all support the government to restore our muddy water bodies to a normal state or we die trying” Benedict Addae underscored.