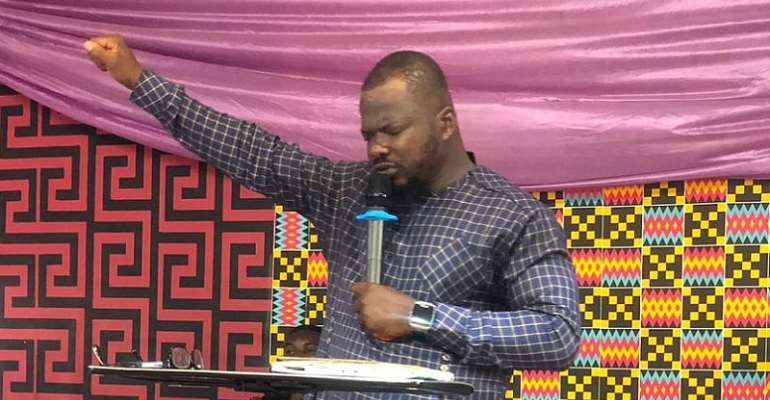 Prophet Eric Kingsley Ansah says what guarantees success in life is the persistence in prayer by believers.

The prophet noted that to achieve success, one must be consistent, persistent and have the tenacity to stay on course and never get weary at what one desires in life.

"This is because, the struggles and challenges of life abound but, what helps believers to surmount the hustles in life is consistency in prayer.

"Prayer is the tool or weapon that opens doors and God has an answer for every prayer but that answer comes after a certain tenacity and consistency in prayer," he stated.

The prophet shared that, one value that everyone needs to practice and must try hard to cultivate as a habit is perseverance.

Perseverance according to the prophet is the act of persistence in any situation or continued pursuit of any enterprise.

He added, "Having the tenacity to do until the desired results are achieved is what we call perseverance."

Drumming home his point on perseverance, the leader of the Potter's Hand Word Ministry International in Cape Coast, referenced 1Kings 18:43-44 which says, “Go and look toward the sea. He told his servant. And he went up and looked.

“There is nothing there,” he said. Seven times Elijah said, “Go back.”

"The seventh time the servant reported a cloud as small as a man’s hand is rising from the sea.

"So Elijah said, 'Go and tell Ahab, ‘Hitch up your chariot and go down before the rain stops you.'"

In expatiating on the above, Prophet Ansah underscored that nothing guarantees a hustle free life. According to him, challenges and problems cometh daily but believers must stay focused.

Regarding the quotation above, he indicated that, during the time of Elijah, they were experiencing drought that brought a lot of suffering to the people of God. Elijah in anticipation of rains, the man of God said, had commanded his disciple to go out and observe whether clouds were forming in the skies.

According to him, the servant went to check on for the seventh time before breaking the news to Elijah of seeing some little clouds appearing in the sea.

"This is what should convince every believer to appreciate the fact that, sometimes after persistence in prayer, you begin to see a glimmer of success. With the Elijah example, after praying consistently for days and nights, it was after the seventh time before he got what they wanted.

"From the above, it means life is a battle and believers shouldn't be discouraged the least about obstacles that slow people down because nothing good comes cheap."

He emphasised that every believer must stubbornly be persistent in prayer regardless of what happens.

To conclude, he advised all Christians to never despise humble beginnings because it may be their stepping stone to higher heights.