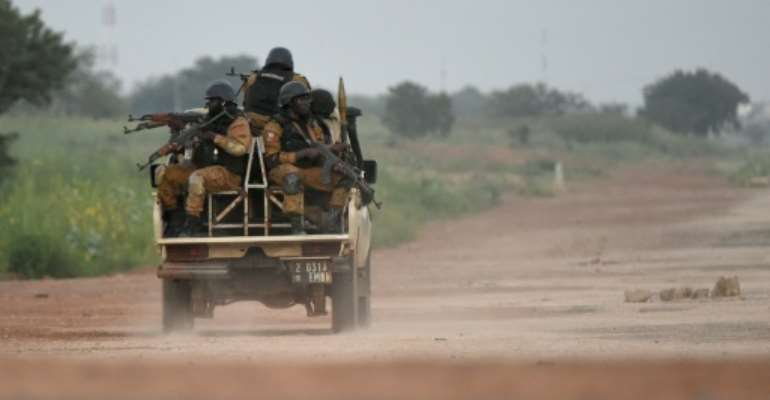 Burkina Faso has been in the grip of an intensifying jihadist insurgency since 2015. By Sia KAMBOU (AFP/File)

Spain on Thursday called on Burkina Faso to investigate the murder of two Spanish journalists in an attack on an anti-poaching patrol.

David Beriain and Roberto Fraile, two reporters with experience of working in conflict zones, were accompanying Irish wildlife campaigner Rory Young in the Arly National Park in southeastern Burkina Faso when they were attacked.

Initially reported missing and the subjects of a major search, the Burkina authorities said Tuesday the three had been "executed by terrorists".

"We have demanded that the Burkina Faso authorities investigate, that they clarify the events and identify those responsible so they can be brought to justice," Spanish Foreign Minister Arancha Gonzalez Laya told a news conference in Madrid.

"We don't want these terrible events to be forgotten or to go unpunished," she added.

The two Spanish journalists had been filming a documentary in the West African country.

Their remains are expected to arrive in Spain on Friday at 9 am (0700 GMT) "so their families can say their final goodbye," the minister said.

The Spanish foreign minister said she had been informed of a statement from a jihadist group claiming responsibility for the attack but she said "this is not enough".

"We really want all the facts cleared up," she added.

The minister said she had spoken to her counterpart in Burkina Faso and "we agreed" that the country should "continue its investigation so we can have additional details about what happened".