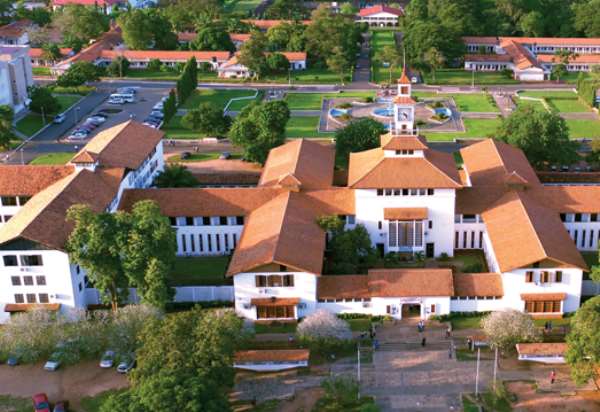 In your teenage years, it is yours to learn…

Imagine a group of countries so lucky in their national lives, to observe other nations as they present themselves as mock-ups of some sort, testing out policies, strategies for national development. A continent, comprising fifty-four independent states, all very much delayed at attaining nationhood, through no fault of theirs; a continent, almost all, delayed by a string of unfortunate events—slavery, colonialism—yet at present, all free to carry out their individual national development agenda, and having now, a wealth of information, knowledge, and experience on the global stage from which to tap. Wouldn’t such a continent be quick in its pace at attaining economic and socio-economic growth? Wouldn’t it seize all opportunities, sieving out those strategies tried and proven faulty, so that that which remains are those policies sworn by, by the developed world, as sure engines of growth?

African countries are comparatively still at their infancy—adolescence, if a much more apt personification be employed. And if the features of this stage of human life be shared with a nation, then like the adolescent boy or girl, Africa, at the dawn of her independence seemed to show signs of impending rapid growth. African countries experienced this growth in varying degrees. What followed was a period of slow growth. But unlike these teenagers, a number of African countries are still at this stage of stunted growth. African nations sought independence, having attained it, they now set goals for themselves, but like these teenagers, it is only a small portion of these countries that are able to fulfill their dreams. The aspirations of sustainable growth fueled by sustainable industrialisation; to become a highly competitive nation in this globalised age; to attain a high standard of living for its citizenry; to learn from the girl next door—she, loosely, being the developed world; to become more attractive—competitive; more mature—developed, are all yet to be achieved by the continent.

One of the very first tools employed by the developed world in their development journey was industrialisation. This tool is by no means outdated, only now employed on a whole different level—developed countries are now highly industrialised. Britain, for instance, started its journey in the 18th century. USA was to follow suit, steadily, after the Civil War. By mid-19th century, industrialisation had found its feet throughout Western Europe and North-Eastern America. To expect Africa—comprising nations of which, if personification be literally employed, are at their middle ages, experiencing midlife crises—to be on the same economic level as these countries, some of which are three, four, five centuries old, would be outrageous. Yet, some level of progression is lacking in the continent—for one, its path to industrialisation. Developing countries, African countries especially are still trudging through the maze, at a loss—though all the clues have been handed them—as to how to attain the state of industrialised states.

“The times, they are a-changing”

This article is an exposition into one of such ‘clues’—research universities. Universities, also famously known as ‘institutions of higher learning’—the clue is in the name—had to live up to their name, the developed world thought. If a nation has within it such institutions responsible for serving as the apex of education and training, of the dissemination of ideologies, of the creations of graduates who will comprise the nation’s workforce, its backbone, its principal brainpower, why not then equip such institutions themselves so that they mature from mere education and training institutes to engines of development? If ‘brain’ is power, why not give power to these institutions responsible for the churning out of brains, so that they can affect real and direct change in the nation—and consequently, the world?

So then, research universities were born; their mandates: primary engines for development, tools for strengthening domestic institutions, hubs for creating solutions to countries’ problems, model environments for the practice of good governance, et al. These universities are expected to help effect change and quickly adapt to changes in innovation and ideas. They are to help increase their countries’ chances of actively participating in the global community of scholars, serve as repositories of expertise, and act as research grounds of their countries.

Countries which unleashed universities from their buttoned-down sense of purpose—the elevation of these institutions of higher learning from mere centres of theoretical education—early in their national lives, have through the years benefitted immensely. Germany, one of the pioneers of the university/advancement of science nexus, now has a vast majority of its universities being research institutions. The number of Nobel laurates recorded for the country by 1933 was twice that of the UK and US combined; these two have since caught up. Germany remains among the top five most Nobel laureate countries, however. The country is consistently featured among the top five most technologically innovative nations. Germany’s example forged a trailblazing path, resulting in a trend of research-oriented universities and technological institutions; a trend which has sure not gone out of fashion.

One of the countries to learn from the German example was USA. The country dexterously took a part of the German classic research model and combined it with what was termed the land-grant system—a model which, among others, sought to build on the utilisation of science to impact society. The mandates of American universities, then came to include: the advancement and utilisation of knowledge to improve the productivity of the country—particularly, at that time, their agricultural sector; help provide solutions to the nation’s rapid urbanisation at the time; and to help increase the productiveness of industries. American, like German universities, were mandated and equipped to drive the development process as a whole.

The more countries experimented with it, the more it was established: universities have the rare ability to spur the development agenda. This resulted in a movement of research universities and technological institutions springing up in various countries across the globe. In Japan, Korea, China, Taiwan, Singapore, etc. this wind of change blew. Proponents of this movement are right when they ask: if a country is undoubtedly going to need its human resources in the development process, where better to find such skilled human resource capital than institutions of higher learning? If a key feature of knowledge is its changeability, which institution of a country possesses that needed deftness to keep up with the constant changes?

The fatalists…
Yet African universities are still principally centres for education and training. Universities in the continent continue to be poorly represented in global rankings, with the top African universities not even appearing in the world’s top 100 university lists. On a global stage where universities are effecting actual change, African universities are but institutions for the issuance of degrees, certificates, etc. with their graduates educated on paper, but woefully unskilled, contributing little to the pool of global knowledge. One’s inquisition, “Why” is likely to be met with this dismissive, fatalistic response, “Lack of funding.” Ghanaian universities, for example, are estimated to churn out over 60,000 graduates each year; Zimbabwe, over 30,000; in Kenya and Rwanda, an estimated 50,000 and 20,000 respectively. For Nigerian universities, the numbers stand at a whopping 500,000. These graduates come out into the system insufficiently equipped at birthing innovative and entrepreneurial ideas. This is because the existence of a direct link between universities, industrialisation, development; and the requirement of a nation to make prominent this link, continue to elude us.