Pardon Me Sir, If ‘Culture Of Silence’ Is Here, Tell It I’m A Columnist, Not A Reporter 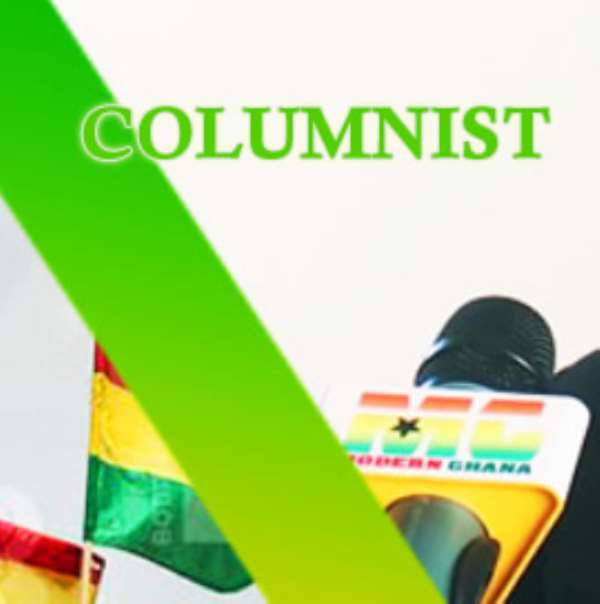 There is absolutely nothing wrong for a senior citizen to forcefully ventilate his arousing disgust if the men and women who have been elected to oversee the affairs of the country are not living up to the expectations.

Nevertheless, it becomes extremely worrying if no mean a senior citizen than Sir Sam Jonah, comes out of his comfort zone and tells the whole world that the culture of silence has returned to Ghana.

Sir Jonah was nonetheless right in highlighting Ghana's stunted economic growth. He, however, failed to acknowledge the fact that economic meltdown is not Ghana specific, but it is rather ecumenical due to the unspeakable coronavirus.

Please don't get me wrong; Sir Jonah is within his democratic right to criticise as he sees fit. And, of course, I, an unknown fish in the ocean, have the right under the internationally agreed freedom of opinion and expression to interrogate Sir Jonah's literary tropes.

With all due respect, this is not a pompous critique on Sir Jonah speech, but it is rather an honest interrogation. Of course, it benefits no one, if we all keep quiet.

Suffice it to stress that there will be no harm if we invoke our instinct for tact and diplomacy and empathise with Sir Jonah over some of the happenings in the country, while we venture and critique some portions of his excellently delivered speech.

In his well-written speech, Sir Jonah cited the unfortunate attacks and 'killings' of some journalists a few years ago as some of the indications of the return of the culture of silence (emphasis mine).

Let me however reiterate blissfully that no journalist deserves to be killed , and that the alleged attacks and murders of some journalists were quite unfortunate just to say the least.

That being said, it is quite ironic for anybody to aim accusing fingers at the government in power over the deaths of some journalists.

Of course, we can criticise the government in power for tackling the deluge of crimes perfunctorily.

But in the absence of incontrovertible evidence, it would be absolutely inappropriate for anybody to draw an adverse inference that the alleged attacks and murders were perpetrated by the agents of government so as to shut up the critics.

We should not lose sight of the fact that the right to freedom of opinion and expression stretches to queer and unpopular ideas and statements which “shock, offend or disturb.”

It must, however, be emphasised that free speech is an inalienable right to seek, receive and convey information and ideas of all kinds, and by any means which may be deemed appropriate.

By and large, if freedom of opinion and expression was to become subject to ordinary legislature, executive or judicial control, it would be no different from any other statutory right which the authorities are free to confer and withdraw at their pleasure.

Thus, the restriction of freedom of opinion and expression becomes a crucial and delicate question. Suffice it to stress that any restrictions cannot be based on ideological perceptions of legislature, executive or judicial, but must be predicated on objectively founded and comprehended criteria.

Of course, in our part of the world, some governments will do everything in their power to restrict press freedom.

Take, for example, the 2016 World Freedom report by Freedom House indicated that government agencies in Ghana restricted press freedom through harassment and arrests of journalists, especially those who reported on politically sensitive issues (Freedom House, 2016).

The 2016 report however stressed that in September 2015, journalists and media organizations condemned the then presidential staffer, Stan Dogbe, who allegedly attacked Ghana Broadcasting Corporation journalist, Yahayah Kwamoah and damaged his recording device.

The report stated that media groups criticised police for failing to protect journalists from TV-Africa who were attacked while covering demonstrations in the slum known as Sodom and Gomorrah in Accra (Freedom House 2016).

In a related incident, in January 2014, police in the Upper West Region arrested the host of the radio talk program Sungmaale FM, along with two panellists, for on-air comments about police strategies toward criminal activity. The detainees were released the same day, and the acting commissioner of police of the Upper West Region apologized for the officers' unlawful conduct”.

In March 2013, two photojournalists from state-owned newspapers were brutally beaten by security officials while they were taking photos of Mahama during Ghana's Independence Day celebrations.

The Ghana Journalist Association (GJA) and the Media Foundation for West Africa condemned the attack and demanded an immediate probe.

The Ghana Armed Forces however conducted an investigation of the incident and exonerated the military personnel involved of any misconduct.

However, the public uproar over the exoneration led the country's chief of defence staff back then to apologize to the photojournalists and promised to compensate them.

In January 2012, several agents of the Bureau of National Investigations attacked a reporter for the private Daily Guide when she attempted to photograph the deputy superintendent of police, who was being investigated for alleged offences.

In June 2012, four police officers assaulted a reporter for the state-owned Daily Graphic, who was covering a drug raid conducted by the police.

The NDC administration promised to carry out investigations of both cases, but no charges were brought against anyone.

In March 2011, teachers' union members who were conducting a peaceful march against a new wage policy were subjected to beatings, tear gas, and arrest by police in Accra.

In February 2010, NPP activist Nana Darkwa Baafi was detained on charges of “publishing false news with intent to cause fear or harm to the public or to disturb the public peace.

His arrest prompted the NPP to boycott parliamentary proceedings for two days.

Baafi had alleged during a radio interview that the late President John Rawlings had set fire to his own government-sponsored residence in an effort to acquire new housing.

During Barfi's hearing in March, NPP and NDC supporters clashed at the Accra courthouse, leaving two injured. The case was ultimately dropped in October 2010.

In July 2010, criminal charges were brought against the acting news editor of Joy FM, Ato Kwamena Dadzie, for his coverage of the scandal surrounding the STX Korea housing deal.

The list is not exhaustive, however, time and space won't allow me to enumerate all in this article.

Although there is no justification for any government to trample on the civil liberties and personal integrity rights of journalist, some administrations have tried to restrict such rights in the past.

In sum, in as much as some journalists have been needlessly attacked in the past by unknown assailants does not give credence to Sir Sam Jonah's culture of silence claims.

“Ghana is a prime, ripe destination for doing business” – Ak...
17 minutes ago