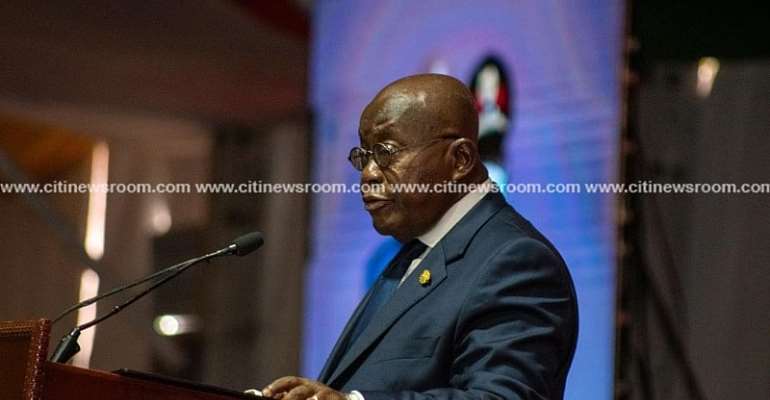 The Chairman of the Economic Community of West African States (ECOWAS), Nana Addo Dankwa Akufo-Addo has asked West Africans to trade more among themselves than other countries outside the sub-region.

Nana Akufo-Addo says trading among West African countries will lead to the creation of more jobs and economic development.

President Akufo-Addo insists Africa has men and women to do whatever business the continent wants.

According to him, Africans trading among themselves first is the surest way of making the continent better.

Speaking at the 60th Independence Anniversary celebration of Sierra Leone in the capital, Freetown, President Akufo-Addo said it will be in the interest of ECOWAS countries to trade among themselves.

He thus expressed his hope for a day Africans will look to trade among themselves first before looking elsewhere.

“I urge all of us in the community to work towards the day when all of us will look to doing business first in West Africa and Africa before looking into Europe, Asia, and the Americas because we have the men and women, the goods and the services and the quality.”

He believes trade among African countries will be a game-changer due to the implementation of the agreement .

“We are determined to enter into a new era of industrialization and have access to a single continental market. We will be a game-changer on that market as it will be the key to the ability of businesses on the continent to recover from the adverse effect of COVID-19 and proceed to grow in leverage of the new opportunities available to the market.”