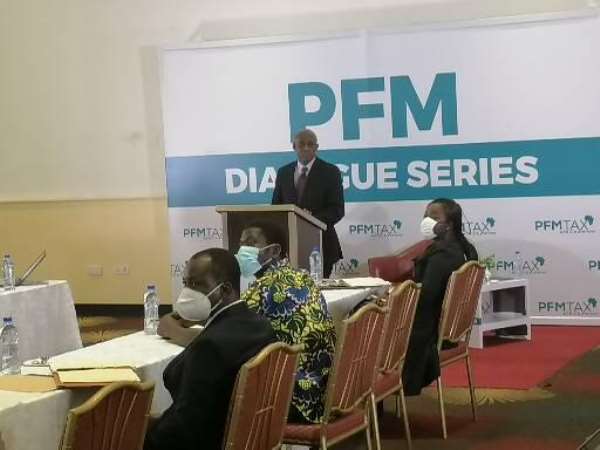 A former Minister of Finance and Economic Planning, Seth Tekper has proposed that government needs a comprehensive revenue modernization to help the country mobilize enough revenue and not new taxes.

According to Mr. Tekper, this will help the country to properly finance its projects, pay salaries and embark on interest payments.

He made these comments at the maiden PFM Tax Dialogue Series themed “The 2021 Budget: what next?”

Ghana’s current tax revenue to GDP is around 13% which is below the Sub-Sahara Africa average of 15%.

This, the former Finance Minister argued that “We need a revenue modernization – very comprehensive one – and there were a number of tax reforms that were embarked upon…you remember 2009, we settled the question by creating GRA to replace RAGB [Revenue Agency Governing Board] and then we merged IRS [Internal Revenue Service] and VAT Service into the Domestic Tax Division”.

He revealed that Ghana recorded the highest fiscal deficit in 2020 with 13.6% which he described as a COVID-19 year.

He believes that upward tax adjustment is not the right way to go but the best way to generate more revenue is tax reforms.

This move according to him will help the country to avoid debt default considering that the country uses almost 50% of tax revenue to settle interest payments. Wages and salaries also take a substantial amount thereby leaving little space for capital and infrastructural projects financing.

“The qualification is that if you do not go into a program to restructure your debt to maybe lengthen it, to reduce the stress and whatever you have to pay interest, it means you have to borrow because the consequences of not doing so is to default.

“And if you default as a nation it’s very disastrous; so nations don’t like to default. So there are those you can hardly do anything about, but there are some like public sector workers wages which you can do something about”, he added.

Figures from the Bank of Ghana indicated that Ghana’s debt stock ballooned to GH¢291.6 billion as of December 2020. This represents approximately 76.1% of GDP.