LETTER TO PAUL ADOM OTCHERE: Spare us your grandiose façade 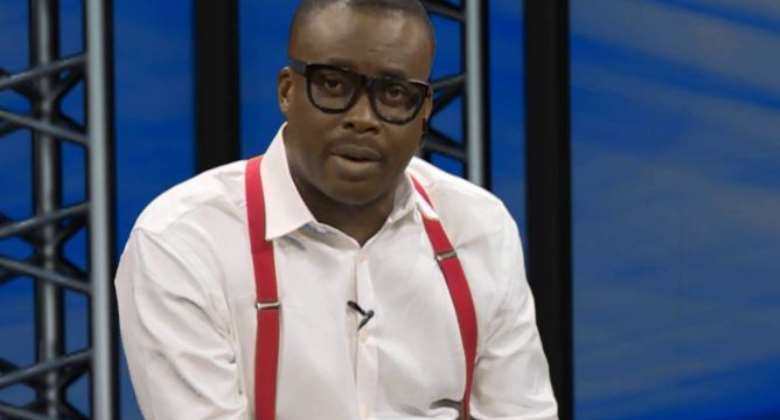 Johnson Asiedu Nketia and the National Democratic Congress [NDC] General Secretary drinks palm wine, and so what? Manasseh Azure Awuni backlashed Mr. Akufo Addo over the latter's press freedom, and so what? Coming July 4, 2024, marks the sesquicentennial anniversary (150th) of the Gold Coast colony. It is a pity that some journalists in Ghana still have colonial mentalities. On March 6, 2022, it is Ghana's blue sapphire anniversary [65th] since independence. A senior broadcast journalist of your caliber must explore Ghana since independence, potholes, and detours not to defend Akufo-Addo’s government Willy nilly. What has General Mosquito's palm wine got to do with you sowing a seed of discord within NDC as a political party? If you are impotent and the chief of your town complains that someone has put his daughter in the family way, why must that bother you? Spare Ghanaians and NDC with your freaking wonky analysis.

Paul, the vitriolic ventriloquist venting on your show will not inure to the countries benefit. “Never think that war, no matter how necessary, nor how justified, is not a crime" [Enerst Hemingway]. Security personnel in uniform fired bullets into the crowd during the 2020 election results collation. You did not deem it necessary to do an editorial on such an attempted genocide at Techiman South, yet you have time to discuss NDC matters? President Akufo Addo did not even utter a word! Yet he was quick to sign the book of condolence for the Duke of Edinburgh, probably very grateful to him for colonizing and dehumanizing black racial stock, if not to mark the sesquicentennial anniversary of the Gold Coast colony. Oh, in Ghana, my country, the sick goes to the hospital by Taxi, and the dead go to the cemetery by ambulance!

Paul, the show is for your cherished viewer, and as such, it is very inappropriate to sway to the anchor of personal egoistical principles. Excessively unprofessional and dramaturgical, my friend. Please, kindly stop inviting spiritualists on your show to spew metaphysical nonsense relative to electoral victory. At the apotheosis of human enlightenment and post-positivism, Paul Adom Otchere still bring spiritualists on his show. Mr. Akufo-Addo needs austerity measures to pilot the administration of the country successfully. The old boy needs to increase worker's salaries with limited resources. Ghana is in a deficit crisis partly due to a substantial public sector wage bill. How does Nana Akufo-Addo make workers in the country be content with their remuneration without not have to grapple with an industrial strike?

From psychological perspectives, individuals are likely to build negative emotions such as jealousy and anger due to equality or being marginalized. The disgruntled workers may be prone to agitations. A heuristic administrative decision is crucial in this moment of economic recession. What Nana Addo and his team have to do is to prevent disequilibrium coming from internal problems such as workers' agitation, increasing cost of living, and external pressure due to the fallout of the Covid-19 pandemic.

For public sector workers, the government can implement the trans-departmental transfer—for example, two graduates from the University of Cape Coast with a Bsc Agric Science degree. One works at Cocobod, and the other teaches agric. Science at Royal New Drobo Secondary School [RONEDRESS]. After every five years, such individuals with equal training must be switched [RONEDRESS Teacher transferred to Cocobod and the Cocod employee to RONEDRESS]. Two accounting graduates, one at SSNIT one at Hwidiem Amanfi Day Secondary School (HWEMEDRESS), could be rotated after five years. Medical Doctors, Nurses, and Security Services must be exempted from the cross-departmental transfer. A trans-departmental transfer means that “like skills” must be transferred across public departments. This policy will alleviate pressures on our leaders relative to industrial strikes. Individuals working in the lucrative public sector for more than ten years must be swapped with their colleagues in non-profitable public sectors. This will ensure equal distribution of wealth.

Government must invest in cotton production and cotton exports in northern Ghana, Cashew production in the Bono and Bono East Regions. Bank of Ghana must restore the license of the collapse banks like Unibank, GN bank, and UT bank and prosecute individuals who embezzled funds. Government must offer them liquidity support and champion the cause of reviving public confidence in them. As J. A Kufour’ s government will say, private sector is the engine of growth. Government must review the free SHS policy to reflect the current finances. The National Commission on Civic Education must sensitize Ghanaians on the need to pay tax.

The Ministry of education must prioritize science and technology education in Ghana. In Malaysia, 60% of the educational population is in science and technology [ST] because ST remain a vehicle to the world of advancement. What do we see in Ghana? Graduates from disciplines such as Agriculture, Engineering, chemistry, physics, biology are admitted into law school. In the USA, the pre-law disciplines include philosophy, history, political science, English, management, economics, and sociology. Even though American Bar Association does not recommend specific discipline for the legal profession, colleges offer the above subjects as pre-law subjects. The subjects equip students with core principles such as problem-solving, critical thinking, writing and editing, oral communication, research, organization and management, and exposure to law. It does not matter whether other countries accept any first degree regardless of the undergraduate background; we must be committed to scientific research in the areas such as medicine, microbiology, pharmacy, technology, agriculture, and food processing technology. Covid-19 pandemic must goad our leaders to be committed to scientific research.

In his book “From Third World to First: The Singapore Story: 1965-2000," Lee Kuan Yew did haggle to catch the drift; why Kwame Nkrumah would be so proud of Abraham, someone who studied classics despite Ghana endowed with natural resources and cocoa production. Many Ghanaians are in the state of mortified groaning over China venturing into cocoa farming and export. Our corrupt politicians are allowing them to destroy cocoa farmland and water bodies. We should have channeled our resources into cocoa and cash crop education by now. These are some of the pertinent issues journalists must focus on. Paul Adom Otchere, since when did you realize that Manasseh lied about John Mahama [JM] over Ford gift? Please, stop using JM as a smokescreen to spew grandiose façade under the pretext of editorial!

'My madam brought me from Nigeria, I've to do 'ashawo' to pa...
7 minutes ago