Sludge dealers appeal to Akufo-Addo to validate oil from Nigeria 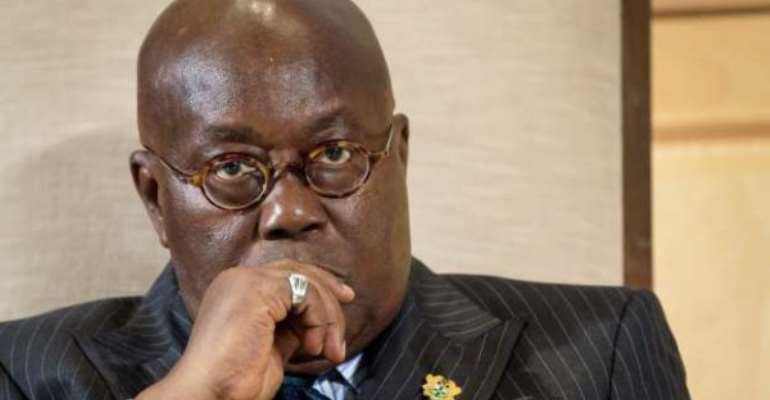 Edrorlali Adjoorlolo, a Sludge dealer has appealed to government to intervene and dialogue with oil importers from Nigeria to create more jobs for Ghanaians in the coastal areas.

He said although Nigerians had for the past years imported oil to the Ghanaian coastline, there had been reports of seizures of the commodity, which compelled them to divert their imports to Benin and other countries at the Gulf of Guinea to the detriment of Ghanaian sludge dealers.

This, he said President Akufo-Addo's administration could streamline with the importers for them to stay in business.

Briefing the Ghana News Agency on their activities on behalf of his fellow Dealers, Mr Adjorlolo, said much as he was ready to defend those importing legally to the Ghanaian Coastlines, he would however condemn those who take advantage of some loopholes to trade illegally in the commodity.

He said the frequent arrests and seizures of the products were compelling Nigerian traders to look for markets elsewhere and taking jobs away from Ghanaian youth.

He said: “If we do not nip the situation in the bud before it gets worst, then we should understand that we as a society are going to force our youth into all sorts of bad lifestyles that will come back to haunt all of us”.

Several Sludge products from Nigeria which enter the country through the country's Ports have often been intercepted by national security, while the owners are arrested and detained.

Mr Adjorlolo said sludge products were not contraband goods as people in Ghana were given permits by the National Petroleum Authority to deal in sludge.

“If the government has a problem with some traders not paying taxes, then why not streamline this small scale level trade and ensure that the right taxes are paid instead of clamping down on the trade and destroying jobs as a result?.

“We do not think it will be a good idea for Ghana and Nigeria, with all the historic fraternal relations between the two countries, to go down the road of hostilities because of these hostile treatment of Nigerian sludge dealers.”

“Yes as a sludge dealer, I am not happy about the arbitrary arrests and seizures that is destroying our source of livelihood however, as a Ghanaian, I cannot help but marvel at the tight security that our country is getting at our entry points; it means we can all rest better as Ghanaians,'' Mr. Adjorlolo said.

He also praised President Akufo-Addo for providing the infrastructure for the security at the ports. “Your Excellency, we are grateful and proud of your achievements but please, we need you to intervene in this matter so that nothing is taken away from your outstanding performance.”