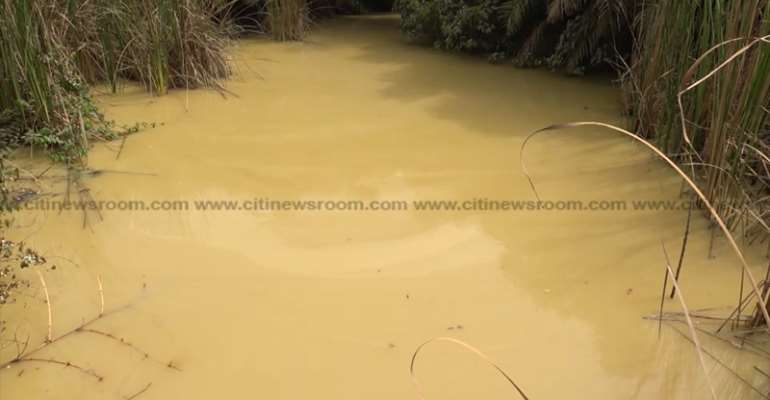 According to the United Nations, since 1990, at least 18 violent conflicts have been instigated by the exploitation of natural resources, whether ‘high-value’ resources like timber, diamonds, gold, minerals and oil, or scarce ones like fertile land and water’ (UN, 2017).

The United Nations Environment Programme (UNEP) stresses that in the last 60 years, at least 40% of all intrastate conflicts have a link to natural resources (UNEP, 2017).

The United Nations has thus mandated a few peacekeeping missions with a view to helping the host country to manage its natural resources efficiently. One such example is the 2003 UN Resolution 1509, which sought to help the war thorn Liberia to protect its natural resources from illegal miners (UNEP, 2017).

The other UN mandated peacekeeping mission is the 2010 Resolution 1925, which aimed to protect life and property in the Democratic Republic of Congo (UEP, 2017).

Make no mistake, the obdurate illegal miners are well-prepared, and routinely carry out their illegal activities with military precisions, can strike as lighting, and as deadly and destructive as molten magma.

Given the extreme dangers associated with illegal mining, some of us are really struggling to comprehend how and why the Ghanaian authorities would refuse to use maximum force to flush out the foreign illegal miners who are seizing our countryside, forcibly digging our gold, destroying the environment and worst of all terrorising the rural dwellers. Where is the exemplary leadership?

That being said, we must not and cannot single out the foreign infiltrators for blame, because after all, they are being led and aided in our countryside by some irresponsible Ghanaians, allegedly, including some politicians, chiefs and other opinion leaders.

Some sceptics however maintain that it was during the erstwhile NDC administration that we saw the influx of Chinese illegal miners in our rural areas, many of whom were bent on stealing our mineral resources, destroying the environment and terrorising the indigenes.

In spite of the unprecedented destruction of the environment, the officials of the outgone administration were oblivious to the seriousness of the situation and refused to halt the activities of the stubbornly impenitent illegal Chinese miners.

If you may remember, the former Member of Parliament (MP) for Manso-Nkwanta, Joseph Albert Quarm, disclosed some time ago that he rejected an amount of $ 1 million as bribe from some Chinese nationals during his fight against illegal mining (galamsey).

“According to him, the Chinese nationals who used some Ghanaians as middlemen tried to use the money to convince him and to enable them continue the illegalities in 2012” (See: ‘I rejected $1million as bribe from Chinese nationals-MP; adomfmonline.com/ghanaweb.com, 09/05/2017).

The former MP maintained that he took the case to the Ashanti Regional Police Command. However, the police failed to proceed with the matter.

“I was arrested by the police for obstructing the Chinese galamseyers”, the MP disclosed.

“When he reported the matter to the Ashanti Regional Police Command, the police turned around and arrested him for preserving water bodies from illegal miners in his area”.

It would be recalled that somewhere in April 2017, the former Lands and Natural Resources Minister, Inusah Fuseini, disclosed the presence of a well-oiled network of Chinese influence who are determined to keep the illegal mining business flourishing for their own benefit (See: ‘Chinese delegation attempted to bribe me over galamsey-Inusah Fuseini; myjoyfmonline.com/ghanaweb.com, 03/04/2017).

The Honourable Inusah Fuseini, however, revealed that the Chinese delegation had the temerity to offer him a bribe in the form of a sponsorship of his child to the top schools abroad.

According to the former minister, he turned down the Chinese delegation’s lucrative offer and did his utmost best to halt the menace of illegal mining.

I, for one, will continue to salute the aforesaid former Members of Parliament for showing their patriotism, affection and solicitude towards the wellbeing of Ghana.

The all-important question every well-meaning Ghanaian should be asking then is: who shamefully grabbed the alleged high-powered Chinese delegation’s gargantuan blood money?

Obviously, under the erstwhile NDC administration, the galamsey business was booming despite efforts by a few patriots to halt the menace.

We also heard from credible sources that somewhere in 2016, a few Chinese illegal miners were arrested by the police but were later released without charge through high-powered interventions.

It was, therefore, not the least surprising that the illegal miners had the liberty to steal our natural resources, destroy the farming lands, pollute the water bodies with methyl mercury and noxious cyanide and then go scot free.

In fact, the credible sources chilling exposition back then gave maximum oxygen to the former Manso Nkwanta’s MP’s story.

According to the former MP, he was bizarrely arrested by the police for trying to protect the water bodies from the illegal miners. How strange?

We can therefore deduce that back then, the illegal miners easily bribed their way through and took advantage of the absence of monitoring and enforcement of the existing laws and regulations.

If that was not the case, how on earth would foreigners seize our countryside, steal our gold and destroy the environment and go scot free?

According to credible sources, some Ghanaians have been acting as middlemen. The sources have it that the Ghanaian middlemen would manage to procure the mining concessions and then pass them over to the Chinese illegal miners.

Disappointingly, however, no one seems to be policing the illegal activities of the wayward Ghanaians and the Chinese illegal miners.

Who owns lands in Ghana?
“In Ghana, land ownership is complicated. There are (a) stool lands invested in chiefs; (b) family lands belonging to clans or maximal lineages; (c) private lands belonging to individuals; and (d) state lands usually expropriated from any or all of the above through an executive instrument.”

It is also worth noting that compensation may be paid when such lands are acquired. In theory, therefore, the state has no land in Ghana. The ‘landlessness’ of the state therefore makes it vulnerable to the dictates of chiefs.

It is worth emphasising that Government often pleads with chiefs to release lands for development. “Although this is often done, the feeling that the state must depend on chiefs for land for developmental projects gives the latter some leverage.”

That being said, although chiefs and other individuals own the lands in Ghana, “every mineral in its natural state in, under or upon land in Ghana, rivers, streams, water-courses throughout the country, the exclusive economic zone and an area covered by the territorial sea or continental shelf is the property of the Republic and is vested in the President in trust for the people of Ghana” (Minerals Act 2006).

While the Chiefs and individuals own the lands, the government of Ghana has the absolute ownership of all the mineral resources therein.

In that regard, The Chiefs and other individuals do not have the audacity to allocate mining lands to individuals who are not in receipt of mining concessions. Nevertheless, some Chiefs are allegedly in the habit of colluding with foreign illegal miners to steal our precious minerals.

Somehow, the uncaring Chiefs are colluding with the criminals to steal our natural resources. Thus, going forward, it would only be fair on Ghanaians if such offending Chiefs are prosecuted accordingly.

We cannot and must not allow some greedy Chiefs who do not have the nation at heart and only harbour ulterior motives to enrich themselves at the expense of the rest of Ghanaians.

It is worth mentioning that in the mid 1800’s the Americans were confronted with similar predicament -the invasion of the illegal Chinese miners.

“Large-scale Chinese immigration began in the mid 1800's due to the California Gold Rush.

“Despite the flood of Chinese immigrants during that time, their population began to fall drastically, because of laws such as the Chinese Exclusion Act and the highly imbalanced male to female ratio.

“Miners in the area often used violence to drive the Chinese out of various mines. While impatient gold-seekers would abandon prospective rivers, the Chinese would remain, painstakingly panning through the dust to find bits of gold. The Chinese have an eye for gold.”

“The Naturalization Act of 1870 restricted immigration into America to only "white persons and persons of African descent," meaning that all Chinese were placed in a different category, a category that placed them as ineligible for citizenship from that time till 1943.”

In any case, we may not be able to go the way of the Americans. However, we can still manage to thwart the activities of the Chinese illegal miners.

We can achieve this through a collaborative effort, involving the central government, the Ghana Embassy in China, Ghana Immigration Service, the Police Service, Ghana Minerals Commission, the National House of Chiefs and all other patriotic Ghanaians.