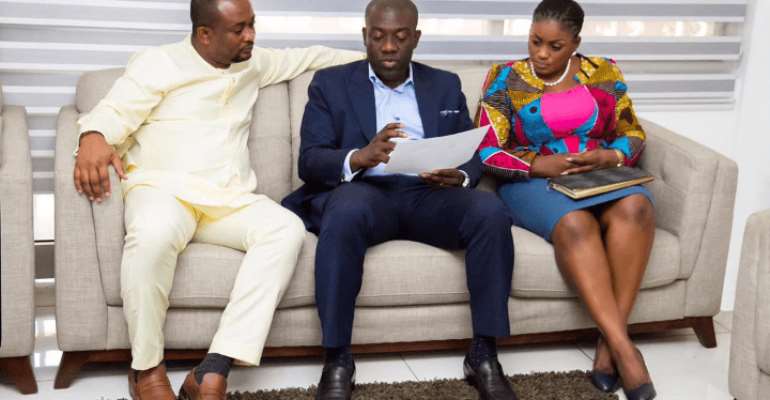 Pius was not reappointed as Deputy Minister in President Akufo-Addo’s second term whereas, Dokua has been renominated as Deputy Trade minister pending her vetting and approval by the Appointments Committee of Parliament .

Some political analysts have commended President Akufo-Addo for dropping Mr Hadzide because in their view, he failed as Deputy Information Minister.

Mr Bonaa said Pius should have even been sacked by President Akufo-Addo because he misconducted himself on public platforms.

Speaking on TV3’s New Day with Berla Mundi on Thursday April 22, Mr Bonaa cautioned the nominees to serve diligently if they are approved by Parliament.

“I must say someone like the former Deputy Minister Pius, I hope these guys who have been given the privilege to serve, will serve us diligently and respect us.

“Pius is one person who made me always tune off your station when he was on your station. Because once he disagrees with you, he went ballistic saying all sort of things, sometimes heckling the host. I am using him as an example to communicate directly to the deputy ministers designate that, you have a country full of intelligent people so they should serve us with respect.

“Someone like Pius should have been reshuffled quickly or sacked but unfortunately he kept him. For me, his is one bad example of a minister a deputy minister of state.”

But in a tweet, Mr Oppong Nkrumah who is also lawmaker for Ofoase Ayirebi said “The past few years, I had the privilege of working alongside @CitizenPius

“ & Dokua Asiamah-Adjei and it was fulfilling. They provided incredible support to me & to gov’ts comms efforts.

“As I wish you well for the future,I know I will miss your working company.”