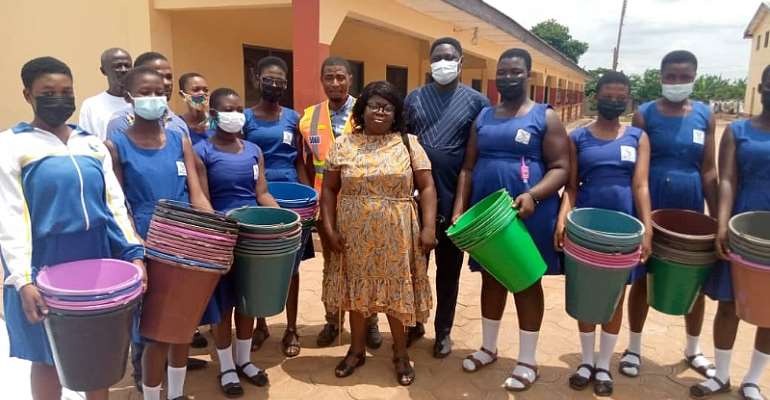 Acherensua Senior High School is sited in the Asutifi South District of the Ahafo Region. Barely a week ago, some torrential rainfall ripped off the roofing of the bathhouse and lavatory at the School's Girls Dormitory.

According to the school Authorities and students, the catastrophe has really affected teaching and learning. Place of convenience and bathhouses play a pivotal role in human endeavours.

The Ahafo Regional Director for National Disaster Management Organisation (NADMO) Mr. Collins Osei Bonsu has donated roofing sheets and plastic buckets on behalf of the Director-General, Hon. Nana Agyemang Prempeh to the school. The relief items were received by the Headmaster, Mr. John Yeboah, the Assistant Headmaster for Academics, Mr Henry Kwakye, the senior housemistress, students, and other staff.

The Headmaster expressed a heartfelt gratitude on behalf of staff and students for such a swift support from the Director-General of NADMO and the entire Organization. He commended Ahafo Regional NADMO too for the great work they are doing in the region.

According to Mr. Bonsu, who spoke on behalf of the Director-General, he says that "NADMO is poised to manage disasters by coordinating the resources of government institutions and non-governmental agencies, and developing the capacity of communities to respond effectively to disasters and improve their livelihood through social mobilization, employment generation, and poverty reduction projects."

Hon. Nana Agyemang Prempeh added further through the Ahafo Regional Director that, "NADMO seeks to enhance the capacity of society to prevent and manage disasters and to improve the livelihood of the poor and vulnerable in rural communities through effective disaster management, social mobilisation, and employment generation."

He used the opportunity as a voluminous conduit and called on the General Public to be very cautious in this season of rainfall.

He added that all and sundry must be careful about the use of fire domestically and those who use it in the bush.

The Asutifi South District Director of NADMO, Mr Musah Issaka, and other supporting staff were part of the presentation. 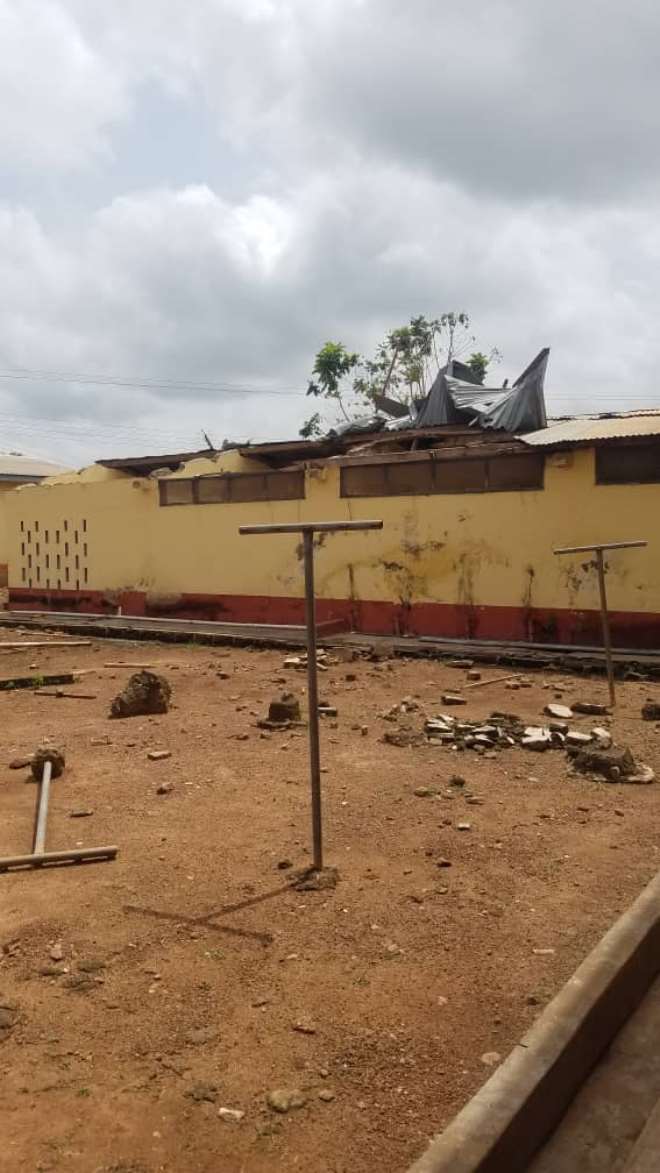