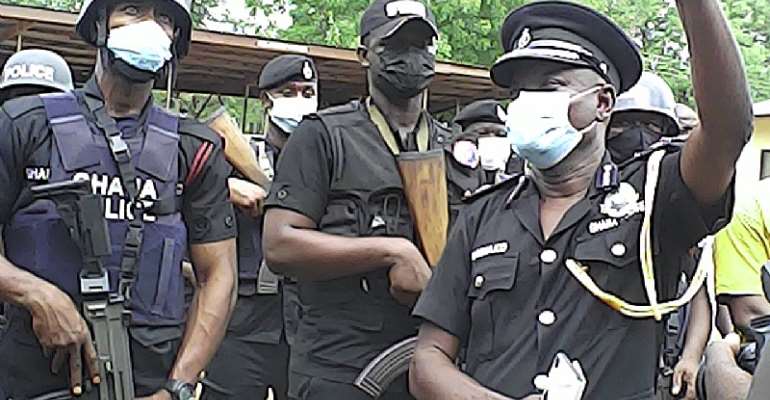 The Savannah Regional Police Commander has appealed to traditional authorities in the region to assist the police service in the fight against armed robbery on the roads and highways on Wednesday.

According to DCOP Enoch Adutwum Bediako, most of the robberies committed on the roads and highways in the region are carried out by Fulani herdsmen.

"We can say with authority that the majority of robberies that go on in the Savannah region are perpetrated by these Fulani herdsmen. Our records show that."

He lamented the language barrier that hinders the dispensation of justice when these miscreants are rounded up by the police.

"When we arrest a Fulani man he pretenses as if he doesn't understand Gonja or any other language in this world apart from Fulani. So we have to go and get a Fulani to interpret. And if we get him to interpret, he either interprets wrongly or is also afraid that after that he will be attacked."

He further blamed the cattle owners for their neglect of the herdsmen forcing them to resort to robbery to provide for their needs.

"Most of the cattle owners when they bring these Fulani herdsmen, they don't take good care of them. They don't even give them food to eat. They don't cloth them. So when they come they study the environment and within one or two months, they take to the roads and start robbing"

DCOP Bediako appealed to the chiefs to adopt a data collection on the location and number of cattle the Fulanis have to enable the security forces to combat crime through access to their information.

Make this policy that every cattle owner who wants to employ a headsman should come and register with the chief.

So that we can monitor them."

He, however, commended the custodians of the land for maintaining peace since he was appointed as the regional police commander.

DCOP Enoch Adutwum Bediako made this appeal during an environmental consultative dialogue to curb the menace of illegal mining, illegal logging of Rosewood, and commercial charcoal burning in the region.