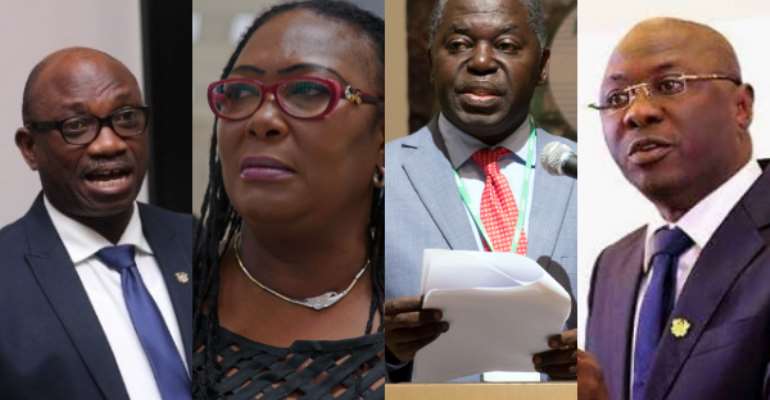 They are pending parliamentary vetting and approval.

This is out of the 39 deputy ministers nominated under 24 portfolios according to a statement from the presidency.

The eight include Abena Osei-Asare at the Finance Ministry, Mohammed Amin Adam and William Owuraku Aidoo at the Energy Ministry, Osei Bonsu Amoah and Augustine Collins Ntim at the Local Government Ministry, Tina Mensah at the Health Ministry, Benito Owusu Bio at the Lands Ministry and Bright Wireko-Brobby at the Employment Ministry.

The remaining deputy minister nominees are all being called up to serve in the government for the first time.