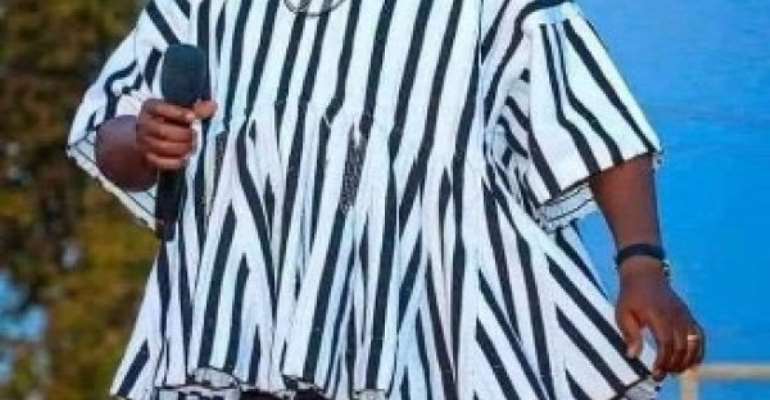 George Akanlo, the Upper East Regional Chairman for 'Friends of Bawumia' says Vice President Alhaji Dr Mahamudu Bawumia is an embodiment of competence in divergent forms, capable of leading the New Patriotic Party (NPP) as a Flagbearer to victory in 2024.

The group, through its Chairman, said the complementary role of Dr Bawumia in the Akufo-Addo led administration, and his level of experience gave him a greater chance to lead the Party and break the tradition where governments were changed after every eight years in the fourth republic.

“Once the people of Ghana know that with the work he has done with President Nana Akufo-Addo from 2016 till date, coupled with his level of competence, he would be able to lead the NPP to victory.”

Mr Akanlo said this in an interview with the Ghana News Agency in Bolgatanga, prior to the official launch of the Upper East Regional branch of the group.

He said “We are here for our maiden meeting of 'Friends of Bawumia' to evangelise politically, the good deeds and works of Vice President Dr Mahamudu Bawumia for people to know and understand who he is”.

The Chairman said the group had been in existence since 2012 and had a national leadership who campaigned for President Akufo-Addo and Dr Bawumia, but noted that “It has not been officially launched in Upper East”.

Mr Akanlo emphatically stated that “Dr Bawumia has not officially said anything, but we are hoping that the voice of the people is the voice of God. One day he would heed to that voice, and if he does, we will all throw our support behind him”.

“We were friends right from 2012, and we are going to continue to propagate the agenda about Dr Bawumia. He has carved for himself a niche in the Ghanaian political landscape from 2008, and has made a good name,” he said.

Mr Akanlo said members of the group took it upon themselves to remind Ghanaians about the works of Dr Bawumia pending his official declaration to lead the Party.

“So before he would make his decision, people would have already known about him. We think that will make a very big impact,” the Chairman said.

He called on all members of the NPP in the Region who believed that the eight-year political tradition in the fourth republic could be broken, to rally their support behind the Vice President to enable the Party break the political tradition.

“The only way out for us to break the tradition is to present Vice President Dr Bawumia to lead the Party in 2024,” he said.