Atta Mills Presidential Library project will be ready by May – Contractor 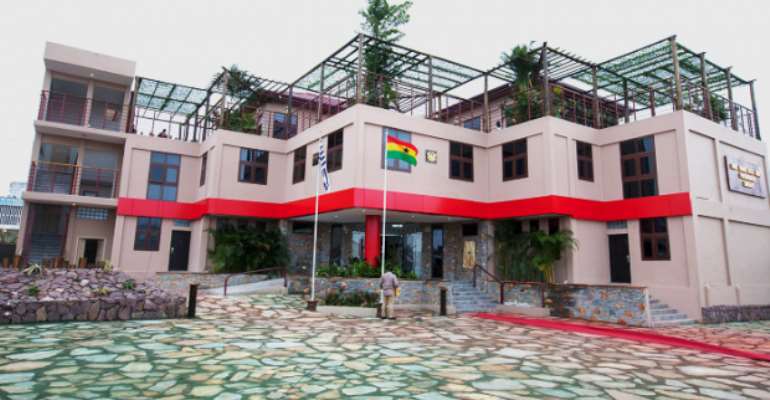 Joseph Kojo Mamphey, the Chief Executive Officer of Mandev Ghana Limited, the contracting firm responsible for the Atta-Mills Presidential Library project in the Central Region, has confirmed that the Memorial library will be fully opened to public by the end of next month.

In an interview with Citi News, the Contractor said he had received assurance that he will soon be paid all outstanding debts for refurbishing the library after which he will hand over the project to the University of Cape Coast (UCC).

The Secretary of the Association of Concerned Cape Coast Citizens, George Arthur expressed his excitement on the new development indicating that the library will be a source of employment for the youth in the Region.

“This is very exciting news. It will go a long way to open doors and avenues for people to be employed. It will serve as a means of revenue generation for residents. Furthermore, it will serve as a tourist centre due to where it is situated. This is welcoming news, and we are looking forward to it.”

The library, inaugurated in July 2016 under the Mahama government is still under lock and key.

The inauguration coincided with the fourth anniversary of the death of President John Evans Atta Mills.

It has a 100-seater auditorium, 45-seater multimedia centre, seminar rooms, a museum among other facilities.

The edifice also has a virtual sound room that echoes the voice of Prof. Mills in his memorable speeches and images that cover his life as an academic, sports enthusiast, politician, Christian, and public servant.

The edifice was privately funded by the telcos and was expected to be managed by the University of Cape Coast with support from the government.

But after its completion some five years ago and subsequent change of government, the project has become a white elephant.

Residents have made countless appeals to the government to make the Atta Mills Library functional.