Disclaimer: I have not declared support for Agric Minister—Chairman Nurideeni 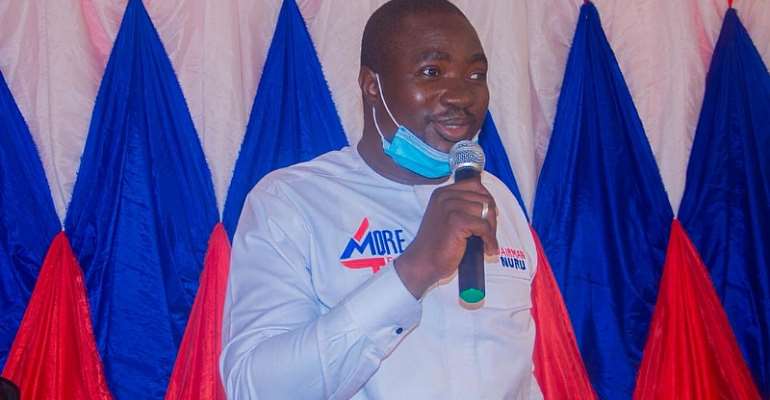 It has come to our attention that some people are going round fabricating lies and spreading the same that Chairman Nurudeen Fuseini has endorsed the presidential candidature of Hon. Afriyie Akoto, the Minister of Agriculture.

For the avoidance of doubt, My boss has not endorsed any future presidential candidate and definitely hasn't endorsed Hon. Afriyie for the 2024 presidential elections. We know the originators of such lies and from whose kitchen these malicious lies were cooked.

We equally are aware of their motives. Let it be known to those spreading these lies that they'll never succeed in destroying the beautiful relationship Chairman Nurudeen has with His Excellency the Vice President and the Hon. Minister of Agriculture.

While there's no denying the fact that Chairman Nuru has a very cordial working relationship with the Agric Minister, it must be noted that the said minister is aware of the brotherhood between chairman and DMB.

The relationship that exists between them is professional. The two share interests in business, Chairman Nuru being a commercial rice farmer who takes advantage of the sound policies of the ministry in his farming business.

It must be noted that so far, no one has officially declared his intention to contest any presidential primary. Whatever people say now are figments of their own imaginations aimed at destroying the relationship Chairman Nuru has with both His Excellency the Vice President and the Hon. Minister of Agriculture.

Chairman Nuru is more concerned with putting the appropriate structures in place and revitalizing the grassroots so that whoever is elected in the future as the NPP Presidential candidate will have a smooth ride to victory. That means that we should eschew all divisive tendencies as members of NPP and rather use our energies to support our leaders to build a formidable and winnable party.

Chairman Nuru welcomes competition, but such competition should be a healthy one. There's no need for us as competitors from the same party to engage in some of the things that we are doing now just for political capital, knowing very well that they are untrue, lacks merit, and cannot stand strict proof.

The general public is therefore advised to treat such ungodly rumors with contempt.