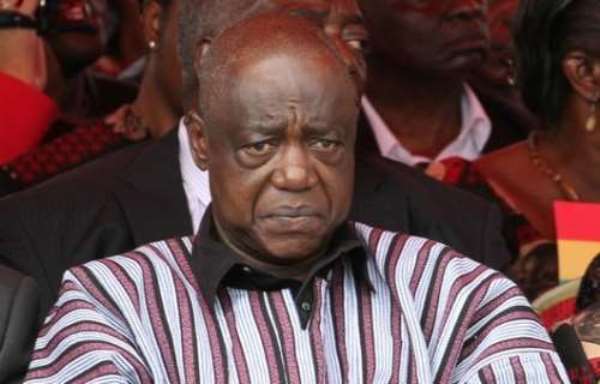 former Defence Minister Dr Benjamin Kunbuor has said sycophants within the main opposition National Democratic Congress (NDC) are “inventing enemies” for former president John Mahama through their public clamour for his automatic selection as flag bearer for the 2024 polls.

“You see, that is the problem of lack of scientific analyses”, he observed, explaining: “John Mahama is an individual and just look at the logic: most of these people just do not understand what they are saying. Yesterday, people raised legitimate concerns [that] the NDC does not belong to Rawlings and I agree with them and have always said that an individual cannot own and control the party. What are you talking about today? Since when has that narrative changed?”

The former Nandom MP said Mr Mahama has “his presence; a leading and formidable person in the party” but noted that it “does that mean that John Mahama himself accepts that he is now in control of the party?”

“I don’t believe that is the way he thinks and people should not be in a hurry to invent enemies for John Mahama and that is exactly what I’m saying and I don’t know the motivation for people to sandbag John Mahama in that way”, Dr Kunbuor wondered.

In his view, the clamour for the former president “is childish, uninformed, unscientific and anti-John Mahama”, adding: “I believe he deals with it”.

“What I know is that John Mahama has his style of engaging this issue. I have my style which might be different. Other leading members of the part have their style.

“If I were in John Mahama’s position and I have seen bits of it with Jerry John Rawlings; when you start behaving in this sycophantic manner, giving the impression that you are the one on whose health and breath John Mahama is surviving politically; many people will not take that”, he warned.

“They will find an opportunity to draw your attention publicly that if that is the line you are running, you are not running it for me,” Dr Kunbuor noted.

According to him, the party is better off focusing on fixing its internal challenges before even thinking of the next flag bearer.

Dr Kunbuor, who spoke on Accra-based Joy News, said: “I can give you a number of scenarios. For instance, who has raised a question about a possible contest for a flag bearer? Nobody. So, why is it important and why are you thinking that you are helping anybody beyond sycophancy of saying that A must automatically be the flag bearer? Why do you jump when no one has pushed you?”

For all you know, he noted, “you’ll get to the flag bearer contest and there might be no contest. So, why do you invent a problem of which the party structures have a mechanism for resolving?”

“We have a mechanism for electing our leaders, imperfect as it might be, but what happens is that a mechanism exists. What we do not have a mechanism for are the challenges we are facing – internal party democracy, how to maintain the values of the party – and they are the ones that require engagement and wider conversation”, he insisted.

Dr Kunbuor believes the sycophants are not helping Mr Mahama with their commentary.

“The question we are raising is that you are doing a great disservice to the last flag bearer by this level of behaviour because if you are holding an office in the party and you know that you have not opened up the gateways for people to decide who should be flag bearer, why do you jump the gun? Once you do that, your leaked mission comes into question and in any way, you are not helping anybody by jumping the gun”.

“For all you know, there is an unexpressed consensus that this is the direction in which we are going to go. The motivation, for me, cannot be noble because for me to come out into the public and announce I am going with A or B, the question I am asking is that what point do I have to prove? Am I being suspected of not going with A or B and that’s why I have to come out openly to say it? The second issue is that: is that the responsibility of independent umpires who are likely to be involved in organising and activating the mechanism for us to elect the flag bearer?”