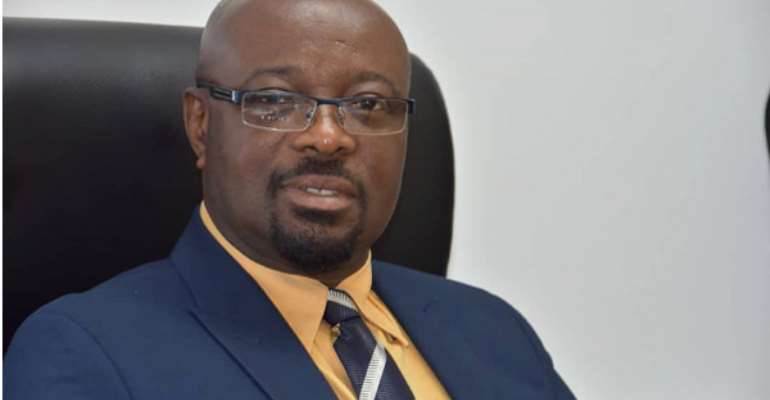 We would rather the angry staff of the all-critical Electricity Company of Ghana (ECG) sheath their swords for the sake of the country's overriding interest.

When tempers are this high as it has been with the workers' unionit is best to plead as we are doing now for cool heads to prevail.

We have followed the issues raised by the union for which reason they have issued an ultimatum failing which they would advise themselves as they indicated. This for us with all humility won't address the concerns they have raised especially since the ECG is a critical institution with national security importance.

We are in difficult times. The fallouts of COVID-19 have impacted rather terribly on every facet of the economy.

The turbulent times exacted by the COVID-19 pandemic did not spare the ECG too, its killer  claws destroying everything on its path not forgetting the politics of PDS both impacting worryingly on the fortunes of the state utility company as it is doing other businesses locally and internationally.

The foregoing notwithstanding the Managing Director soldiered on and the company remained afloat workers remunerations not interrupted in anyway.

Thereliefs for consumers of electricity come to mind and rightly so. These and the foregone are enough to sink the governance boat of a company.

The MD has been doing as much as the wonderful and hardworking staffers of the utility company are doing to move the company and the country forward.

The precedence of workers demanding the ouster of chief executive officers is something which should not be encouraged. Let the aggrieved explore other means of addressing their concerns and steer off this path.

To downgrade the performanceof the Managing Director as a means of giving him a bad name and hanging him in our view appears unsound.

Steering the affairs of a utility company of the magnitude of the ECG requires tact and maneuverability attributes which the MD appears to exude immensely.

The utility company continues to withstand the fallouts of the COVID-19 state relief package for consumers thanks to the leadership offered by the MD and his team.

To create an impression of indifference to the welfare of staff would be an unfair charge. We have reliably learnt about the building of a canteen for workers a project which is being touted as unnecessary by the antagonists of the chief executive officer an appointee of the President.

The time that would he saved when staffers are able to have their meals within the company is something which should be appreciated and not rubbished.

We are not for the gagging of staffers when there are genuine concerns to be aired. These must however, be channeled properly using best practices.

The one-man show charge cannot stand the test of scrutiny. This cannot be the position of the deputies and other managers of the establishment he heads.

Let us avoid the tendency of treading the partisan route in matters of corporate governance.

Innovation is an attribute of every leader and this the Managing Director has exhibited admiringly. Through some of the innovations including the convenient mobile application the company is reaching its public in ways previously unheard-of.

Proposals which have not yet been tabled before the board of the company but constitute part of the grievances of the union should be dismissed outright under the circumstances.

Let us not go into trivialities. Accusing the MD of ignoring structures when he calls a district officer rather than go through a higher officer in the face of an emergency is but a triviality. The MD on this score should rather be regarded as a revolutionary who has changed the face of management.

For an MD who is trying hard to reduce red-tapism in a utility company such as ECG, commendation not condemnation and mischief, should be his portion.

Anybody who got incensed because the ECG did not embark on mass disconnection during the peak of COVID-19 should have sinister motives for such a proclivity.

We can see the long hands of political mischief-makers in this mass disconnection preference. The general elections were six months away and that was an impetus for opposition elements.

Collaborate with NIA to end compilation of new voters’ regis...
56 minutes ago