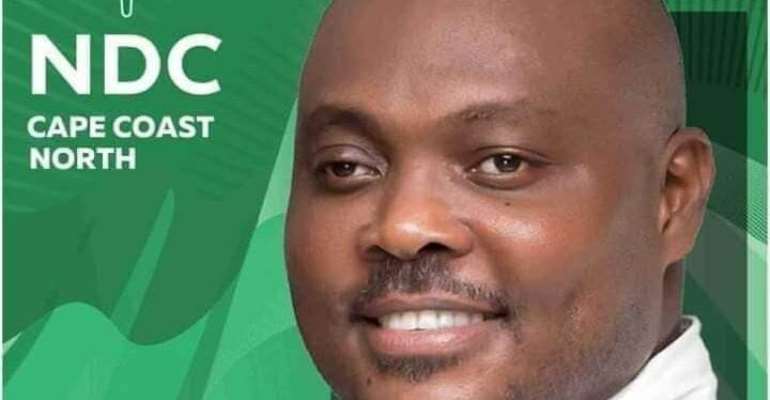 Executives of the New Patriotic Party (NPP) in the Cape Coast North Constituency in the Central Regional have issued a stern warning to the Member of Parliament (MP), Kwamina Minta Nyarku, “to desist from falsehood and lies” as regards some road projects in the constituency.

According to the NPP constituency executives, the MP has laid claims to ongoing road projects in Cape Coast North contrary to the fact that all the projects commenced in November, 2019, when he was not the MP.

The party executives led by the Constituency Secretary, Ebo Sarbah, said the MP had claimed on Joy TV that he secured the contract to construct a link road from Dehia to Effutu Kokwado to Effutu Mampong.

“He also lied that he has secured a contract to construct a link road from Academy through Nkanfoa to Moree,” Mr Sarbah told journalists on Monday, April 19.

According to him, by spewing “these lies”, the Cape Coast North MP has exposed himself as a parliamentarian who knows nothing about his mandate.

“These are projects that the MP, Kwamina Minta Nyarku, knows nothing about. As a matter of fact, plans and initiatives on such roads were made at a time he was not an MP. How can one claim to have secured a contract to start something that was started far before he assumed office as an MP?”

He added that the MP has also promised an AstroTurf for the Constituency.

“Truthfully, we are itching to see such developmental projects here in our constituency but would want to bring to the attention of the good people of Cape Coast North that he failed to tell us when he will commence work on the AstroTurf and where exactly he will be constructing it.”

The NPP executives say the tangent Kwamina Minta Nyarku going is unprecedented as the seat has not seen such lies spewed from an MP.

“None of his predecessors took this path and so the least we expect from him is to sustain the integrity of the seat until he hands over to an NPP Member of Parliament in January, 2025.”