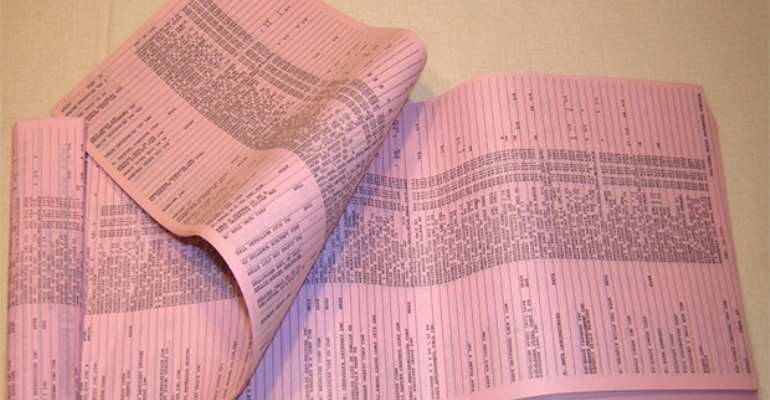 The Electoral Commission on Monday, presented 16 pink sheets and other documents on the 2020 Techiman South constituency parliamentary elections to the Wenchi High Court in the Bono Region.

The court presided by Justice Frederick Anord Nawurah has in an earlier hearing directed the electoral management body to produce the original copies of the pink sheets for examination.

The order for the documents including a summary sheet for the 267 polling stations in the constituency followed an appeal by Christopher Baasongti Bayere, the National Democratic Congress (NDC) parliamentary candidate for the constituency.

Mr Bayere filed an election petition at the court challenging the outcome of the December 7, 2020, parliamentary election.

At its hearing last Wednesday, April 14, the court directed that only original copies of the documents would be allowed, and not the photocopies earlier filed by the EC.

Techiman Municipal Director of the EC, Sampson Ofori Gyamfi who filed the documents at the Court’s Registry in Wenchi, later told the Ghana News Agency (GNA) the EC had submitted the documents accordingly.

The Techiman South Parliamentary Election process was characterised by violence, resulting in sporadic shootings by security operatives to maintain law and order.

High attendance on first day of parliament's 3rd meeting of ...
52 minutes ago