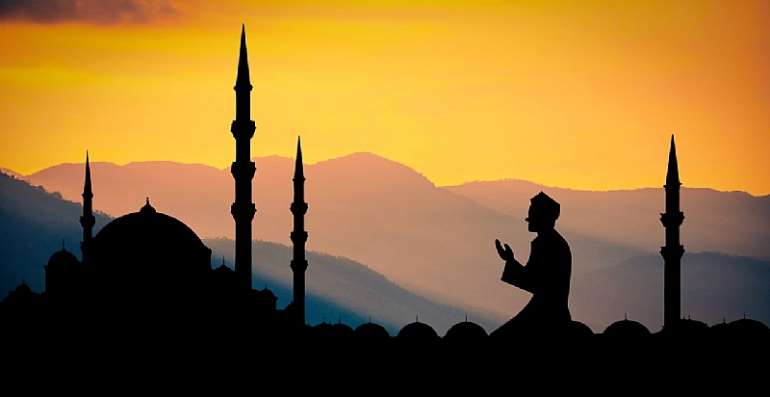 Throughout the blessed month of fasting, and in order for Muslims to aptly empty the stomach and feed their souls with feisty deeds, certain crooked actions like backbiting, suspicion, insolent behaviour, watching obscene contents, excessive eating, hastening the Taraweeh prayers among others, are deemed prohibited and discouraged.

Insolent Behavior: This isn’t the time for trading barrage of insults - not even giving lose talk on social media or being in a company wherein foul actions are brewed. Yes, someone might step on your toes but, as a fasting person, you need to exercise self-restraint and allow peace to reign ‘always’. Do not retaliate; guard your words and actions. Thusly, Prophet Muhammadﷺ said, “He who doesn’t shun vulgar words and foul actions while fasting, Allah is in no need of his fast. Also, Heﷺ said, “He who believes in Allah and the last day should speak good or remain silent. “Kaji?”

Backbiting and Suspicion: Spewing evil behind your brother is prohibited in Islam. However, there are people who can’t let go of this evil deed, even as they fast. Concurrently, they leave traces of rancor and deceit everywhere they visit. I beg of you, don’t go speaking words about people that they abhor. Even if what you say is true, know that you’re backbiting. And if it happens to be false — that’s defamation and slander. The prophet Muhammadﷺ said, that “whoever gossips about his brother will not enter paradise.” Moreover, Quran 49:12 mentions, that “O ye who believe! Avoid suspicion as much (as possible): for suspicion in some cases is a sin: And spy not on each other behind their backs. Would any of you like to eat the flesh of his dead brother? Nay, ye would abhor it...But fear Allah: For Allah is Oft-Returning, Most Merciful.”

Watching Obscene Contents: Be mindful of what you watch on television, social media, gadgets and in magazines. As a Muslim, it’s expected of you to refrain from obscene content; semi or full glare nudes photos, videos and what have you. Do not befool yourself that the aforesaid don’t constitute the main actions which invalidate the fast, so you’ll hide behind arts and culture and feed your soul with contumacy. Allah has called upon both men and women to lower our gazes. If it’s social media which would make your fasting crooked, you can put off your data, for the time being. Because, maybe, you’ll be able to control yourself but might not be able to do so for what others put there. So, the best is to desist from it. “It’s better for you, only if you know.”

Excessive Eating: They are some who’ll eat all manner of foods simultaneously; drinking porridge, taking fruits, snacks, and then toping it up with “banku” or “kenkey” at a go. What happens after this is that lassitude takes hold. And subsequently, praying taraweeh or Qiyaamu Layl becomes cumbersome. We ought to be careful in what we do take to break the fast. Some fruits will do, just like the Prophetﷺ who, broke his fast with fresh dates. And when there were no fresh dates, heﷺ broke it with dry dates. Even when dry dates weren’t available, heﷺ broke his fast with water. When on a journey and all these things weren’t present, heﷺ then broke the fast with hisﷺ intention. But once heﷺ got any of the above heﷺ immediately broke the fast with it. We’ve been taught to divide our stomach into three while eating, and feed only one chamber with food. The rest should take air and water respectively. When this is met, you’ll see that you’ll become agile during the day and night, and thus will say the prayers with ease. So take note.

Hastening the Taraweeh prayers: It’s not compulsory that we complete the Quran in this month; it’s rather ‘recommended’. I am saying this because, most people have in mind the intention of completing the entire Quran once, twice or thrice in Ramadan so while observing the taraweeh prayer, they pray very fast than roosters and bats. Standing position to sitting position are done in a hasty manner, as the Imam reads the Quran very, very fast like he’s chewing a hot meat. The prophet Muhammad ﷺ said that “pray as you’ve seen me praying.” And we’ve come to know from several ahadith that hisﷺ prayers were done in a calm manner. It’s far better to pray excellently and not to complete the Quran than to complete the Quran, and offer “express” Salat to Allah. What is an “express” salat to Allah, if not the delusion on one’s own self?

For purposes of avoiding a long post, the explanations to these prohibitions and more are abridged. What has been prohibited and purified have been made known to us already? May we safeguard our fast, so as not to become of those who’ll fast, but only merit hunger and thirst. Allah forbid!

Latest Photo Reports
Catch up with all the political quotes from our politicians.
Advertise here
More Religion
ModernGhana Links
The nonsense in God’s worship exposed
Religion has had 95% negative influence on Africa
Fountain of Assemblies of God to celebrate 15th anniversary
Fallen Angels are evil spirits who afflict humans with disease, problems — Pastor Chris Oyakhilome
Midnight Prayer (3)
Homosexual will end globally in the next 34 years - Apostle King Dirl
BeFree Ministry partners GoFirst Global Ministry for Jesus Revolution Evangelism programme
Cohabit in peace with one another as we celebrate Pentecost - Most Rev. Dr. Ben-Smith
To all noble Muslims especially, the youth in Ghana, 2nd COVID-19 Eid Mubarak
TOP STORIES