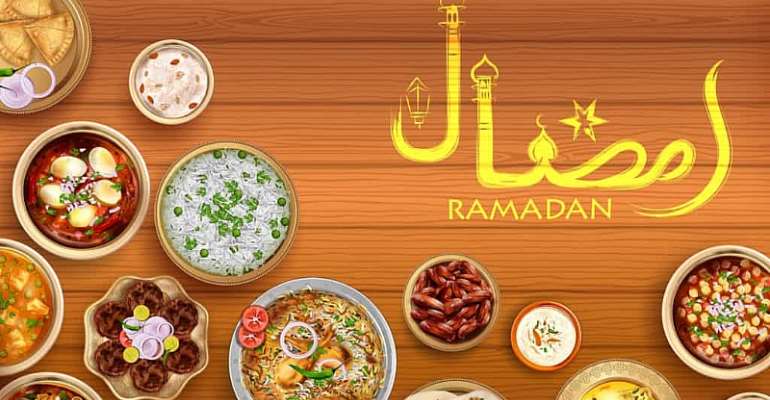 Ramadan is the most relenting month selected by Allah to lavish on us His unceasing blessings. For that which is left, we strike our feet to obey all the protocols of fasting in great detail.

The rewards of this month alone come in multiple folds; we can’t quantify or enumerate them at large. Let me mention a few; for instance, Allah has promised us that the prayer of the fasting person will be overly answered. We’re also told that voluntary prayers are rewarded as though they’re obligatory prayers. And, Allah forgives the previous sins of He who stands upright in the night of Ramadan and calls upon Him.

Many of us crave, and while cringing to earn the plethora of rewards in multiple folds, we become ‘sanctimonious’. Why that mishap? We keenly impose upon our brethren to accept our kind gestures. In the mosque near you, you’re like to see that people have, all of a sudden become empathetic - caring so much for each other.

Even when you have what to break the fast, you’ll be “forced” to accept surplus fruit. Prophet Muhammad said that “He who gives a fasting person something to break the fast gets a reward similar to the fasting person, without a depreciation of reward of the receiver.” So, it’s expedient that we hasten to good acts and cram into our records - more good deeds. For none knows when death will come knocking.

Having said that, I would be so wrong to say that the sudden magnitude of our exuding empathy in the month of rewards is weird. No. I’ll not say that, because that’s the essence of the month of Ramadan; it’s to wash the stains away from the believer’s heart. Thusly, we’re fasting not for anything but to be quintessential of Quran 2:183 which says “Fasting has been made compulsory to you and it was made to those before you so that you’ll inch towards God-consciousness.”

Now, we have grown to understand, by the kind courtesies of Ramadan, that our brethren need fruits to break their fast. We must not let the month escape us without knowing that these same brothers have outstanding social and economical needs which ought to be catered for.

The urge with which we provided them the fruits to break their fast, is dearly needed here. Seidu and Luqman’s curriculum vitae, which have been with you, shouldn’t be trampled upon. They need that assistance to get the job. Amina is in dire need of an interest-free loan. This should be granted by you (if you have the means), without asking for barter trade.

Let the needs of everyone of us be the concern of all. This is the reason Allah says that whoever is deprived of the blessings of Ramadan is really deprived. From the Hadith, we’ve been told that Allah loves good deeds which are done in succession, not those tied to a particular month such that when the month passes, the good deeds cease. Such is odious, in the sight of the Lord.

The prophet Muhammad said, that ‘He who doesn’t show mercy to the people will not be shown mercy by Allah.’ Indeed, Ramadan is a reward-packed month. Once you begin to empathize with the people, it should follow post fasting. But when you start treating the needs of our brethren with apathy, then you’ve been deprived of the blessings of the month. May we be granted the strength to carry on with our good actions.

Collaborate with NIA to end compilation of new voters’ regis...
39 minutes ago