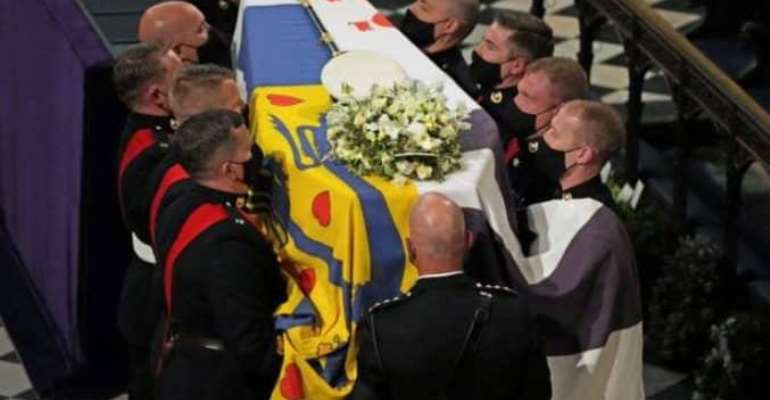 The Duke of Edinburgh, Prince Philip, has been laid to rest today.

There were gun salutes and one minute silence across Britain in honor of the late Prince.

The Royal Family is now trying to chart a new path.

After the funeral, Prince Harry and Prince William, two brothers who have had strained relations in recent years, were seen walking together.

The Queen banned the wearing of military uniforms by members of Th Royal Family at the burial service to ostensibly safe Prince Harry and Prince Andrews who resigned from royal duties from looking “odd” at the solemn ceremony.

Prince Philip and Queen Elizabeth II got married in 1947 and lived together happily for 73 years until his death.

The Queen is expected to wear black attire for the rest of her life as a sign of mourning Prince Philip.

At the burial service, Queen Elizabeth II sat alone in keeping with the coronavirus safety protocols.

Prince Charles sat in opposite position to the Queen, with the Archbishop of Canterbury offering a personalized prayer for Prince Philip.

As the late Prince's coffin was conveyed into the St George's Chapel, members of The Royal Family were seen walking behind it.