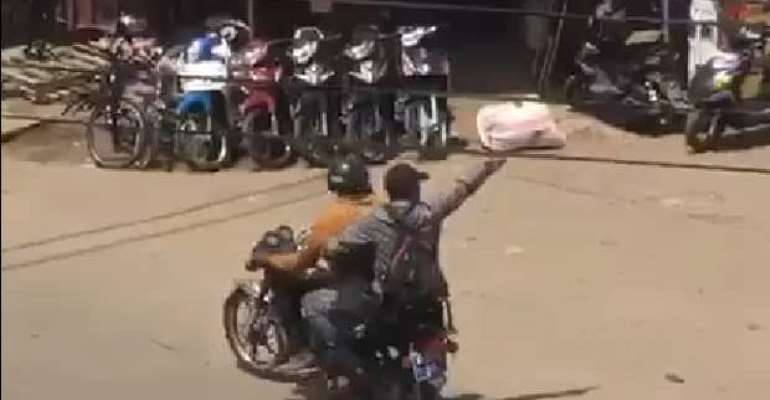 The use of motorbikes for armed robberies is on the increase and worryingly so.

It is not difficult to find out why armed robbers find in this means of transport an appropriate option for their operations.

Motorbikes offer speed, convenience and maneuverability especially when robbers are fleeing robbery scenes which they often do.

We do not have the statistics but crime managers in the Ghana Police Service should have this critical detail knowledge of which will make us look at motorbikes with shudders.

Even the recent Takoradi Market Circle daredevil daylight robbery in which a 61-year-old man was killed saw the use of motorbikes when the robbers' hideout was overrun by the Police.

Although the Police recovered one motorbike two suspects fled the scene on another one whose registration number it turned out was tampered with.

It is apparent that some motorbikes on our roads especially in Accra are unregistered because that suits the purpose of the armed robbers.

Another factor which inures to the robbers preference for motorbikes is the relatively low prices of the various brands of the gadget.

The duty element for the importation of motorbikes is so low that their prices are not prohibitive. With little efforts the robbers are able to acquire motorbikes through stealing or saving to buy them outright.

The reckless riding of motorbikes with total disregard for road signs and traffic regulations has resulted in many bloody consequences on the roads.

It stands to reason therefore that there must be strict regulation of motorbikes to saves lives and to make the work of armed robbers difficult and near impossible.

The Police have been doing their best to get suspicious motorbikes off the roads through widely publicized operations.

Last week one such operation in various parts of Accra saw the impounding of over 400 motorbikes over various breaches such as non-registration and others.

We would have expected that true to their word the Police would prosecute the offenders. It did not happen because interferences from 'responsible' persons in society through phone calls made it impossible.

Until the Police are allowed to discharge their duties without such interferences the motorbikes would continue to constitute a menace to society and create a bad image for genuine users of this means of transport.

Perhaps government should take another look at the duty element in the importation of motorbikes. Otherwise the low prices will continue to make them attractive to bad elements in society.

Collaborate with NIA to end compilation of new voters’ regis...
29 minutes ago