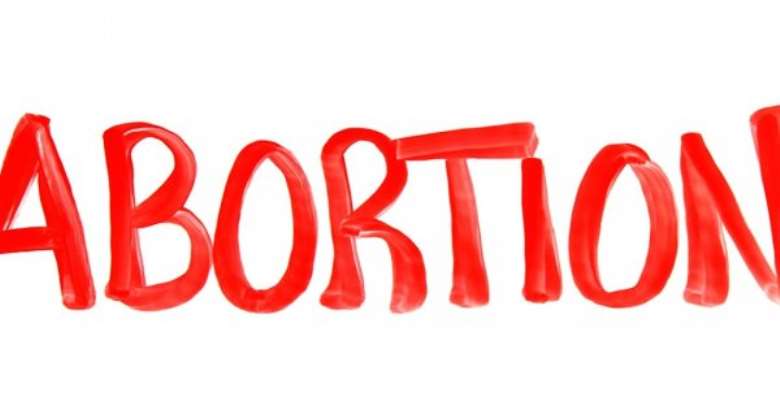 Sixty-six women died in 2020 due to abortion related complications, the Ghana Health Service (GHS) has revealed.

More than 54,000 cases of abortion, out of which 25,866 cases were classified as spontaneous abortions, were recorded in the country's heath facilities in 2020.

Data from the GHS shows that the number of abortions procured in the same facilities in 2019 were 56,574, a reduction of 2,171 cases in the figures recorded last two years.

Spontaneous abortion also referred to as miscarriage is the loss of a fetus before the 20th week of pregnancy.

Similarly, 12,272 Medical abortions; the termination of a pregnancy with a pill within the first 10 weeks of pregnancy by a medical professional or an individual was recorded in 2020 as compared to 10, 834 cases recorded last year.

Additionally, in 2020, 11, 983 Elective abortions; a planned procedure either done with medicine or surgery were recorded.

He told the Ghana News Agency (GNA) in an interview that medical abortions are gradually taking over surgical abortions in Ghana as abortion pills available for purchase in pharmacies.

“With medical abortions gaining popularity, people are no longer going for medical assistance, counseling, and they don't avail themselves for family planning either,” he said.

Dr Fofie called for a national discourse on safe abortion practices to get rid of quack abortion doctors and reduce the extortion of exorbitant abortion fees by some medical doctors.

He said Ghana's laws and regulation on family planning were obsolete and called for ways to regulate medical abortion practices to make it safer for women who require abortion services.

“We have an abortion law which doesn't seem to respond to the immediate challenges and needs of the sexually active women in Ghana now, hence the need for an update to ensure that abortion is safe for all,” he said.

Ghana's law on abortion allows abortion only under a few conditions such as an incest pregnancy, impregnation of a female with mental illness, impregnated rape victim, or when health care workers determine that the baby, if born, will not be able to have a meaningful life, or if the pregnancy threatens the health or life of the mother.

The laws of Ghana do not allow a healthy mother with a healthy pregnancy to get an abortion with the sole reason of not wanting the pregnancy.

The inexplicit nature of the law on abortion allows many citizens to draw a conclusion that abortion is illegal in Ghana.

Dr Fofie said the popularity of medical abortions had however reduced the level of abortion complications and situations where women seek unsafe abortion, leading to increased unwarranted maternal deaths and morbidities.

Abortion is a procedure to end a pregnancy; it uses medicine or surgery to remove the embryo or fetus and placenta from the uterus, a procedure either done by an individual or a licensed health care professional.

In Ghana, the cost of safe abortions differ by the methods used. The price of medical abortion pills ranges from GHS50 - GHS150.

The costs of elective abortion in a medical facility can range between GHS260 and GHS500.