President of Malta at the Vienna Process: No Europe without its Neighborhood 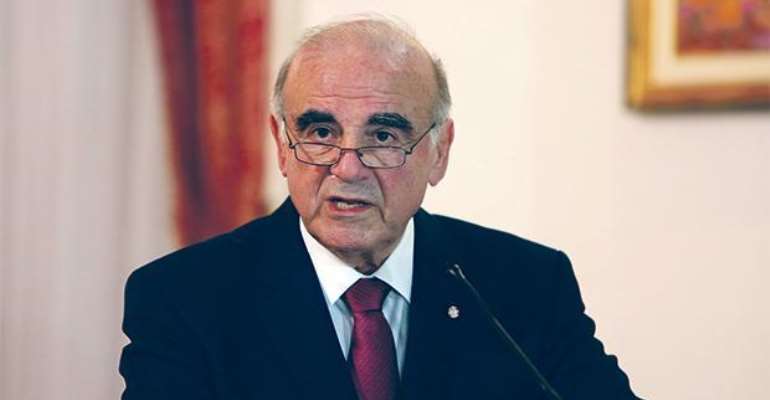 On the historic date of March 08th â€“ International Womenâ€™s Day, a large number of international affairs specialists gathered for the second consecutive summit in Vienna, Austria. [1] Along with the two acting European State Presidents, the event was endorsed by the keynote of the EU Commissioner for European Neighbourhood and Enlargement, Excellency OlivÃ©r VÃ¡rhelyi. Still, one of the most anticipated talks was that of the President of the Republic of Malta, Dr. George Vella.

In his highly absorbing keynote, Excellency President focused on the Euro-Mediterranean and its promising prospects:

President Vella covered a wide array of issues concerning the Mediterranean region, including prospects for and improvement of existing channels of dialogue and cooperation, the ever-changing dynamics of the region, an assessment of the developments in the Western, Central and Eastern parts of the region, and the roles of the European Union (EU) and the United Nations (UN) in addressing the Mediterraneanâ€™s challenges. This text is a brief recap highlighting the key points of the Maltese Presidentâ€™s intervention at the Vienna Process Marchâ€™ event.

Excellency President started his keynote by calling for stronger and more coherent Mediterranean dialogue channels in order to effectively solve or at the very least address the regionâ€™s challenges. He pointed out that, â€œthere is a high level of institutionalization at parliamentary levels. There are in fact no less than 23 international parliamentary institutions. Many countries are members of more than one organization with inevitable overlapping and repetition; for example, Greece is in 13 organizations, Andorra in 2 and Malta in 7. Most organizations are purely deliberative, however there is little cooperation, competition or division of labor; this hinders interregional cooperation. I mention the 5+5 Western Mediterranean Forum, the Union for the Mediterranean, the Med7. These are examples in which Malta is very actively involved. I find it quite ironic that a strong regional cooperation organization with proven credentials like the OSCE does not have yet a tangible Mediterranean dialogue.â€

His excellency, then, proceeded to address the dynamics of the Mediterranean region, stating that â€œin the old days, the Mediterranean was seen as a playground for the superpower bickering and escalation. Nowadays it is actors from the region itself that flex their muscles often at the expense of the stability of others. When we speak of the Mediterranean, we often, perhaps unknowingly, commit the mistake of projecting this as a homogenous, uniform region; this is not the case. One can attribute the lack of success, if not downright failure, of certain policies because we forget about the regional dynamics and continuously changing realities of this region.â€ Therefore, he calls for a focused assessment of developments in the region that addresses the region from Western, Central and Eastern perspectives in order to grasp the particularities of the experiences of each and to escape the one-size-fits-all approach to assessing the regionâ€™s developments.

President George Vella then urged us to ask ourselves a very pressing questions, â€œwhat the EU, which is ideally placed to positively influence developments, is actually doing?â€ He stated that he welcomes â€œthe launch of a new agenda for the Mediterranean which clearly states that a strengthened Mediterranean partnership remains a strategic imperative for the EU.â€ He further highlights the importance of addressing the gap between theory and practice. Here, he refers to the New Pact on Migration and Asylum in the EU; Excellency explained that what truly matters is not what is written in agreements, but rather what is implemented, pointing out that â€œquestions still very much remain on the fair and equitable implementation of its [the New Pactâ€™s] provisions.â€

Mr. President also addressed the dire issue of the lack of solidarity in the region. He said: â€œWhile the responsibilities of the states of first entry are clear and stringent, solidarity through relocation remains uncertain in the rest of the pact. It appears, indeed, that relocation, which one can consider as the most effective tool of solidarity, remains entirely voluntary.â€

As solidarity in the region would lead to more stability, President Vella draws attention to the primary role that youth ought to play in bringing stability to the Mediterranean. He proposed â€œa system of circular migration and organized mobility for the young Mediterranean generations; a sort of a Mediterranean Erasmus+, giving participants exposure to European realities which they would eventually take back home with them to use in boosting their economies.â€ This is not the first time his excellency raises this suggestion; in fact, he has done so previously on multiple occasions including in the Young Mediterranean Voices Forum.

President Vella also tackled the dimension of hard security, stating that â€œwe need to do much more to eradicate the flow and the sales of armaments and ammunition. Apart from the obvious security dimension, we also need to consider how the exportation and supply of weapons to countries in the Mediterranean is resulting in political competing and conflicting spheres of influence. In times when multilateralism is wrongly being put into question, I feel we need to do more to increase its pertinence and relevance in global affairs.â€

He seemed to very much welcome UN support, presence and visibility in the region; this was evident in his following statement: â€œThere is ample room for the UN to take a more active, hands-on approach to resolving ongoing conflicts. Libya is a case in point, and recent indications that the UN might involve its own personnel are more than welcome. The UNâ€™s message was to keep tensions down and to avoid open conflict, I ask whether the UN, henceforth, could also have a role in effectively bringing stability to the country through a possible physical presence. Greater visibility of the UN on Mediterranean matters has long been on Malta's agenda.â€

Finally, President George Vella closed his highly absorbing keynote by informing the conference participants that Malta is bidding on a non-permanent seat in the United Nationâ€™s Security Council during the term 2023-2024 in order to be a â€œvoice for dialogue, sustainable growth, [and] equality in the Mediterranean and beyond.â€

Congratulating to Vienna Process partners on their sustained work in promoting the cross-European dialogue and understanding, and especially to IFIMES for the role played by its Euro-Med branch headed by Ambassador Lamberto Zannier, Malta went even further. This important southern EU member state already expressed its wish to host one of the planned Vienna Process conferences on Europe and its neighborhood in a due time.Â

*the above article is based on the informal transcript and conference recordings, which may have nonintentionally caused minor omittances or imprecisions in the reporting. Ms. Rola Elkamash also contributed to this text. 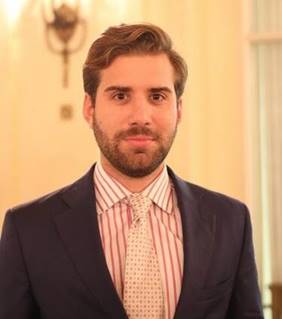 Eugene Matos de Lara, publisher of the academic journal Border Crossing, he is an International Private Law specialist of the University of Ottawa, Canada.

[1] This leg of the Vienna Process titled: “Europe – Future – Neighborhood at 75: Disruptions Recalibration Continuity”. The conference, jointly organized by the Modern Diplomacy, IFIMES and their partners, with the support of the Diplomatic Academy of Vienna, was aimed at discussing the future of Europe and its neighbourhood in the wake of its old and new challenges.

This highly anticipated conference gathered over twenty high ranking speakers from three continents, and the viewers from Australia to Canada and from Chile to Far East. The day was filled by three panels focusing on the rethinking and revisiting Europe and its three equally important neighbourhoods: Euro-Med, Eastern and trans-Atlantic (or as the Romano Prodi’s EU Commission coined it back in 2000s – “from Morocco to Russia – everything but the institutions”); the socio-political and economic greening; as well as the legacy of WWII, Nuremberg Trials and Code, the European Human Rights Charter and their relevance in the 21st century.