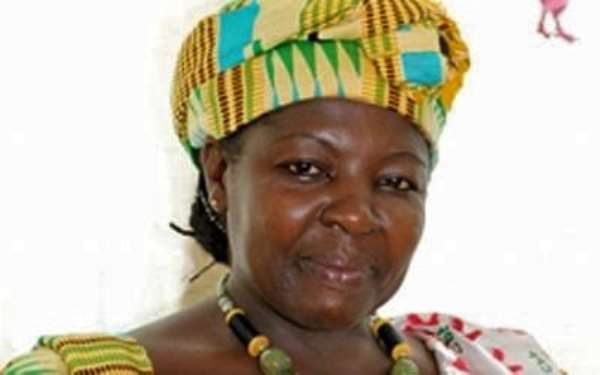 The Chairperson and leader of the Convention People’s Party (CPP) Nana Frimpomaa Sarpong Kumankuma has said President Akufo-Addo is deteriorating Ghana’s economy irrespective of the excessive borrowing by his administration.

Nana Frimpomaa has maintained that President Akufo-Addo when in opposition bragged and made juicy promises to save the country from a ditch and economic doldrums’ yet he has failed woefully in all sectors.

She has indicated that President Akufo-Addo and the New Patriotic Party (NPP) in the 2016 general elections made those striking promises just to induce and cajole the electorates and termed the promises as false hope.

Nana Frimpomaa speaking in an interview on Yen Sempa morning show on Onua FM on Wednesday April 14 expressed complete disappointment in Akufo Addo’s administration and described his performance as appalling especially in the area of job creation.

The CPP chairperson described Nana Addo at the time in opposition as “Guy Toronto” adding that his posture and comments were promising to have made him a wonderful president who would leave a legacy yet there is nothing to show after being in office for 4years.

“If you look at how he started his administration, the ministries he created and the number of ministers he appointed; in as much as he appointed plenty ministers the ideal for me was that he wanted to ensure things get done for the best but it didn’t happen.

“I don’t remember a lot of things that have impacted the economy, indeed the economy today is not the best, there are more unemployed youth and the youth on the street are still there,” she reiterated.

Nana Frimpomaa expressed fret over high accommodation rate and the fact that the government is making empty promises in investing in the affordable housing project meanwhile the debt of the country is sky rocky.

She stressed that Nana Addo’s regime has clearly shown that the problems and challenges in Ghana are in excess and deeper than what we think it is.

She told the host Kwame Tutu that she is dissatisfied and discouraged because she is not seeing the results of the vision she had in Nana Addo.

However, Nana Frimpomaa lauded President Akufo Addo for the introduction and implementation of the Free Senior High School (SHS) policy which has lessened the burden for many.

She thus indicated that Ghana needs a visionary leader from a party that believes in principles that hinge on transformation and development for the people and that is what CPP stands for.