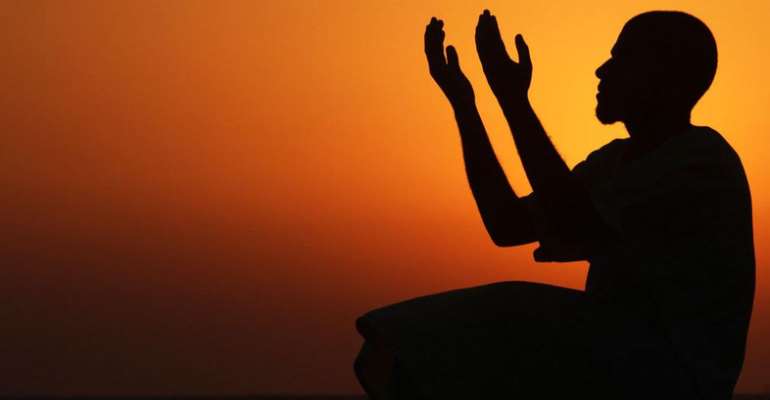 The spiritual dimension of mankind is something we must accord utmost reverence.

It is for this reason that we cannot but acknowledge the annual spiritual Ramadan Fast which our Muslim compatriots have commenced and to wish them a fruitful spiritual exercise.

It is a period during which the Islamic faithful are enjoined to heighten their spirituality by engaging in enhanced supplication and alms-giving to the underprivileged including the performance of good deeds.

In their gesture of felicitation to the Muslims in the country and across the globe the New Patriotic Party (NPP) also greeted members of the faith and entreated them to pray for the country's prosperity. We associate with the request for prayers for the nation especially her leaders who need God's guidance as they occupy the helm.

Those who fast appreciate the importance of having three square meals in a day and what it means not to have access to these.

They also recognize better what those who do not have access to food go through in their daily lives. Such knowledge strengthens in them the importance of giving to the poor and needy alongside the enhancement of their faiths.

For us as a nation fasting is a source of inculcating in especially the youth discipline and good morals attributes whose deficits are the sources of plentiful woes.

We call upon the faithful to reflect upon the challenges confronting us today as a nation and the globe as a whole and how to address these.

The youth should listen to the admonitions of the clerics based on the interpretations of the scriptures; this would steer them away from trouble.

The tribulations of the world can best be avoided when the youth in particular allow discipline to be the watchword of their activities.

Too many young persons have in recent times been entangled in the web of the law issues responsible for which could have been avoided had discipline and the tenets of the faith been adhered to.

The Abrahamic faiths Islam, Christianity and Judaism are hinged upon discipline breaches of which can lead to conflicts with the law and the canons of God.

Let us all, especially Muslim youth re-order our lives even as we engage in abundant supplications and show of magnanimity to the needy and to respect constituted authority because Islam after all demands of us to do so.

There is a purpose for our creation by the Omnipotent and Omniscient. We should therefore as creatures of the Creator abide by the word which is the scriptures.

The world would be a better place for mankind if we do as the Creator wishes. Our relationship with the environment and others has been disturbed and the fallouts are evidenced in the global warming and other phenomena which are affecting the weather and the ability of humanity to feed itself.

The Ramadan offers us a rare opportunity to do fruitful reflection about the world vis a vis the word of God.

We too wish Muslims a Ramadan fasting full of God's bountiful blessings.

Collaborate with NIA to end compilation of new voters’ regis...
19 minutes ago