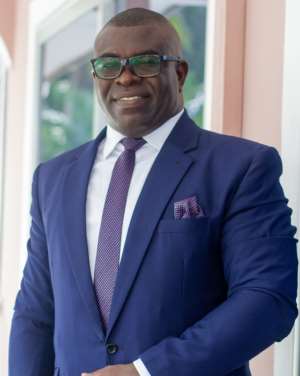 A couple of days ago, we were given a rude awakening by the chilling story of two young boys aged 16 and 18 who allegedly murdered a 10 year old boy in cold blood at Kasoa in the central region ostensibly for money rituals as sadly confessed by the boys. This unfortunate incident according to them was instigated by a TV fetish priest they had contacted earlier on via mobile phone. The priest apparently told them to come along with aGH₵5000 and human blood for the supposed ritual money . The sad aspect is the victim was not only a neighbour to the boys but also a friend and a playing mate to one of them.

This horrifying story has not only shaken the very foundations of this country to the core, it has also gotten everyone talking from the east to the west and from the north to the south. It is obvious we cannot wrap our heads round such a heinous crime allegedly perpetrated by teenagers who ordinarily are supposed to be under the care of responsible adults.

The question on the lips of many is how did we get here as a country? What went wrong? How did our society sink so low down the abyss that teenagers can be so obsessed with 'Blood money' or 'sika duro' as it is popularly called. For me we saw this coming, the writing was clearly on the wall but we refused to act. We should all take collective responsibility for our inertia and say that this is the time to act to save the future of this beautiful country ours. The sages say "a stitch in time saves nine".

Whilst growing up in the 80s through the 90s, discipline was highly prized in this country and childhood submission to parental control was a value we all cherished. It was more like a tradition handed over from generation to generation. We were all good living together peacefully as a people, save a few issues of rebellion due largely to youthful exuberance and peer pressure.

Then gradually our society started sinking as we looked on albeit unconcerned. It started with the erosion of discipline in schools. Some parents had the audacity to go to schools to beat teachers for disciplining their wards, we looked on and clapped for them then pupils started beating teachers and even parents thenselves, nobody called them to order because they have 'rights'. Today discipline has almost totally broken down in our schools, homes and even churches. Indiscipline is reigning supreme everywhere, many parents are even afraid to call their own children begat from their own loins to order when they err. As for teachers the least said about them the better because non of them want to be victimized and cited for child abuse. It is like we have all forgotten that the good old book says "train up the child the way they should go and when they grow they will not depart from it."

Today in this country due to globalization and the proliferation of electronic gadgets and a boom in social media a large chunk of our young men and women continue to bastardize almost everything including the Holy Bible, the Holy Qur'an and other holy books which used to be the benchmarks of morality and the standards of acceptable behavior and discipline in our society and nobody seems to care and our society is being pushed into the doldrums day by day.

Some of young people have become so sacrilegious to the extent that they have the audacious boldness to desecrate the very things we used to revere and treat as sacred. Otherwise how would anybody have the guts to mine illegally in our big rivers like Birim, Pra, Ankobra etc? In times past how dare you? I wonder if the big river deities we heard of in folklore are still alive in those muddy waters with the deafening noise from the excavators and other heavy equipment being used to mine gold in the rivers. I'm sure by now they have relocated elsewhere. Even forest reserves, sacred groves and cemeteries which used to evoke fear and trepidation are now being desecrated with reckless abandon all in the name of money and nobody really cares.

Everybody is so crazy looking for money. It is like we do not really care about the source of money. All that matters is get money spend it and damn the consequences. The whole system has been monetized to the extent that the love and affinity for money irrespective of it's source is now a normalcy. Why wouldn't teenagers and the underage join the fray for getting money at all cost?

This creeping phenomenon has led to a rising tide of a brigade of fake pastors, mallams, occultists, money doublers and other charlatans who have secured airtime on popular TV and radio stations or bought outright rights to operate TV and or radio stations to propagate lies and untruths. All they promise is giving their patrons huge sums of money without sweat. These charlatans are on TV 24/7 luring unsuspecting citizens into their entrapments and our youth most of who are unemployed and yet desirous to amass wealth rapidly are falling prey to their fake promises everyday. Our kids who watch all these TV channels are also invariably being exposed to these imposters who promise them heaven on earth on their channels otherwise how on earth would a 16 year old know the processes to activate to access "sika duro" even if it exists in reality? Are we surprised? No we aren’t!

It is high time the government and all relevant state institutions mandated to check the content aired on our airwaves censored and sanitized our TV and radio space. TV and radio stations as a matter of policy and by law should have a strict advertising policy that precludes fake pastors, mallams, fetish priests, money doublers and occultists and all others who parade as such. The security agencies must fish out and go after these hoodlums and make them face the full rigours of the law before it is too late.

Another phenomenon gradually gaining popularity among the youth is gambling, betting, lottery etc. It has now become so pervasive in our society to the extent that it is someway somehow destroying our kids and here again nobody seems to care. Get to these gambling and betting centres and see the number of kids less than 18 who are in there neck deep in gambling. Some stay there as late as 12 am at the expense of going to school the next day. Who checks all these happenings in the country? How much money at all in this world does a teenager need that will make him resort to betting or lottery or gambling?

Juvenile delinquency is on the ascendancy to the extent that child prostitution, alcoholism and the abuse of drugs including tramadol, wee, codeine, cocaine etc is now a commonplace and it is so sad! Im told even super glue and carpenters glue are all being abused as some people get high on sniffing these substance. Really? Are we saying we are not aware of these happenings in the country?

The time is nigh for us all to rise up in unison against this unfortunate trend of events. Do not say it does not affect you and you do not care. It may not affect you directly today but it can affect you tomorrow. A stitch in time they say saves nine and better late than never. As parents and guardians, teachers, religious leaders etc the ball is in our court to act now to save our generation and future generations.

We have to go back to the basics. The family is the microcosm of the society and the world in it entirety. When the family reneges on it's responsibilities the entire society suffers and pay dearly for it. That's why we should train our kids holistically not only academically. Parents should fully accept responsibility for the moulding of their kids into useful members of the society. When we fail, the whole society fails and we all dance to the tune of the consequences. An armed robber hardly attack his own parents or family house but others.

Again let us speak up against the ills in society, we keep quiet at our own peril. As parents, as teachers, as religious, traditional or political leaders let us be bold to speak up and advise our young ones to resist evil and do good. There is no shortcut to riches and wealth. It doesn't work anywhere.

"I promise to hold in high esteem, our heritage won for us through the blood and toil of our fathers" says the national pledge. Let us do our best today for posterity to judge us kindly and favourably tomorrow. Let it be known that when it mattered most we rose up to the occasion, we did not only save our children and future generations but we also served our God and country well.

Hottest Photo Reports
Catch up with all the political quotes from our politicians.
Advertise here
More Opinion
ModernGhana Links
Self-determination crises: Is it time African countries renegotiated their nationhood?
How countries can contribute to ocean governance in Africa
“Where Are The Projects?” “Seeing Is Believing”
Myanmar And Bangladesh Can Benefit From Strengthening Trade And Connectivity Ties
Prepare For More Hardship In 2022 -Ghanaians Told
Power Distance And The Entitlement Mindset: The Case Of The Ghanaian Elites
Insecurity, Not Omicron Covid Variant Is Our Problem In Nigeria
Welcome budget rejection with happiness
NPP MPs Recretly Collapsed "Agyenkwa Budget"
TOP STORIES