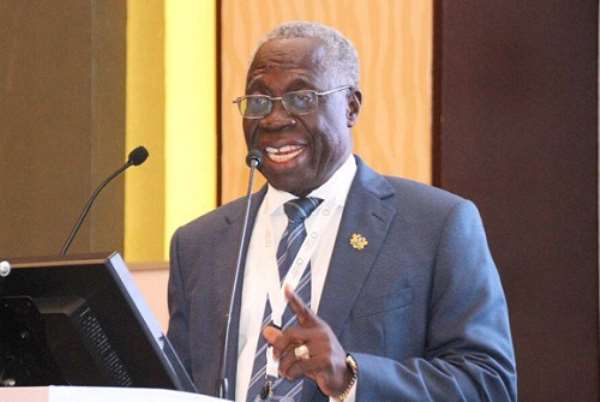 Yaw Osafo-Maafo has been made a Senior Presidential Advisor to President Akufo-Addo.

Mr Osafo-Maafo who served as a Senior Minister in President Akufo-Addo’s first tenure but retired and chose to remain in the background in the second term disclosed his new role on Tuesday, April 13, 2021.

He was addressing the Birim Central Municipal Assembly at Akyem Oda in the Eastern Region on Tuesday, when he made the disclosure, reports Graphic Online’s Samuel Kyei-Boateng.

The experienced politician served as a Member of Parliament for Akyem Oda for three terms from 1997 to 2009.

He also served as a Minister of Finance and Education under President J.A.Kufuor between 2001 and 2007.

He served as Senior Minister in President Akufo-Addo’s first term but before the President recomposed his cabinet for his second term, he reportedly informed the president about his decision to retire and stay in the background in the second term.

Under his tutelage, the National Public Sector Reform Strategy, which is to be implemented between 2018 and 2023 was prepared.

His office as Senior Minister was instrumental in the implementation of the government’s Ghana Beyond Aid agenda.

Whilst addressing the Birim Central Municipal Assembly on Tuesday, he also donated GHc25,000 and a quantity of roofing sheets to victims of last week's rainstorm disaster at Akyem Oda.