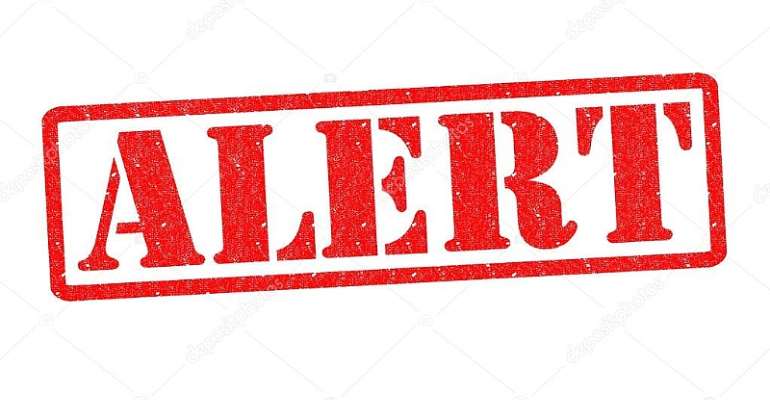 Hello all Ghanaians and non-citizens. It has been announced that over a thousand hardened Nigerian prisoners could be heading for Ghana.

The Ghana Immigration Service (GIS) has already put its personnel along the country's frontiers on high alert in this regard.

Even before the GIS action, many Ghanaians upon hearing about the occurrence had predicted that some of the prisoners would pitch camp here and easily so.

While there is no gainsaying that these prisoners could actually set their sight on the country if some of them have not landed already, we as citizens can do so much to make that impossible.

The need for cooperation among the GIS, other security agents and the public could not have been more critical than now.

The two countries, Ghana and Nigeria, having both belonged to the colonial stable in the past are sisters; the intermarriages, which have taken place between their citizens over time, have enhanced the bond between them.

The foregoing, alongside the reality of our porous borders, makes it easy for infiltration even under the prevailing presidential land border shutdown as necessitated by the COVID-19 pandemic.

The occasional arrests of ECOWAS citizens trying to breach the frontiers have been reported.

The daunting task of securing the long frontiers in the face of limited resources and personnel notwithstanding, so much would be expected of the GIS- the main frontline border securers, at this time.

Even one hardened criminal from a Nigerian correctional centre could exact upon our national security system a telling challenge, let alone a thousand plus.

GIS personnel on the borders should show more commitment and go the extra mile in ensuring that the Owerri prisoners are blocked from entering Ghana and pitching camp here.

They have a good number of their compatriots already here who are capable of hosting them without anyone knowing. It is time for them to be responsible immigrants and not allow these criminals to be with them.

We have eough security hiccups and cannot cope with the entry of these sophisticated criminals.

Security management is a shared responsibility. It behooves us, therefore, as citizens, to share information with the security agents.

Ghanaians hardly share intelligence with the relevant agencies, a fact which could be attributed to the lack of confidence by the public in the police, especially in managing confidentialities of informants, and the general difficulties in reaching out to the authorities.

Security authorities should deal with the foregoing to win the confidence of the public and to make it easy for vital intelligence to be shared with them.

Hotel owners have a key role to play in the sharing of intelligence in the case of foreigners who come into the country. The GIS recently announced visits to hotels to check on suspicious illegal foreigners. This action should not have been announced. Unscrupulous hotel owners could leak this information to their guests who fall into this category.

Landlords should also be educated about the importance of probing prospective accommodation seekers and to alert the authorities when they have reason to suspect such persons.

Let us all help to make Ghana a safer place!