You're the lifeblood of our party – Bawumia spokesperson to NPP members 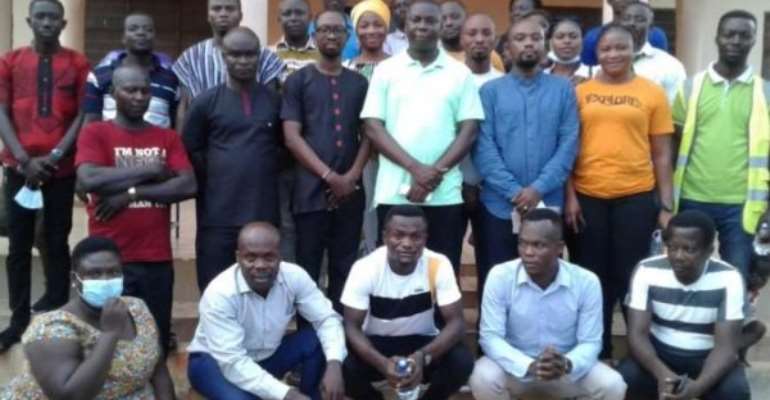 The Technical Advisor and Spokesperson to the Vice-President Dr Gideon Boako has admonished party supporters to remain resolute and forge ahead in unity as President Akufo-Addo continues to deliver on his mandate to the people.

According to him, the supporters are critical to the party's success in past and future elections and urged them to lend the needed support to ensure that the NPP government delivered on its mandate to Ghanaians.

He appealed to party supporters to unite and eschew hatred, divisiveness, and self-destruction as the party worked towards breaking the eight-year cycle in the 2024 general election.

Dr Boako was addressing the leadership of the NPP Grassroots Supporters Association in the Ahafo region at a meeting at Duayaw-Nkwanta in the Tano North Municipality.

He said the supporters played a critical role in the NPP's victory in the 2020 election.

The Association organised the meeting to honour Dr Boako for his contributions to the NPP's victory and to rekindle the spirit of volunteerism in the party in the region.

“You are the kingmakers and we appreciate every single contribution you made during the 2020 elections. Though the NPP has won the poll, we must be united, eschew hatred, divisiveness, and work towards making the party bigger, better and a force to reckon with in 2024,” he said.

Dr Boako, a native of Bomaa in the Tano North Constituency, averred that the New Patriotic Party performed creditably in its first term and the grassroots must hold the core for the President to deliver his mandate as the party geared towards the next elections.

He pledged his unflinching support to the Associatio.

The Regional Coordinator for the Association in the Ahafo region, Mr Paul Duah called on the leadership of the New Patriotic Party (NPP) to appreciate the work of the grassroots supporters and to show appreciation for their work.

He said the party must approach grassroots' engagement not merely as an attempt to appease them but rather as a sustained strategy for the long-term success of the party.

This, Mr Duah said remained the surest way of energizing the support base of the party and ensuring a smooth ride ahead of 2024 elections.